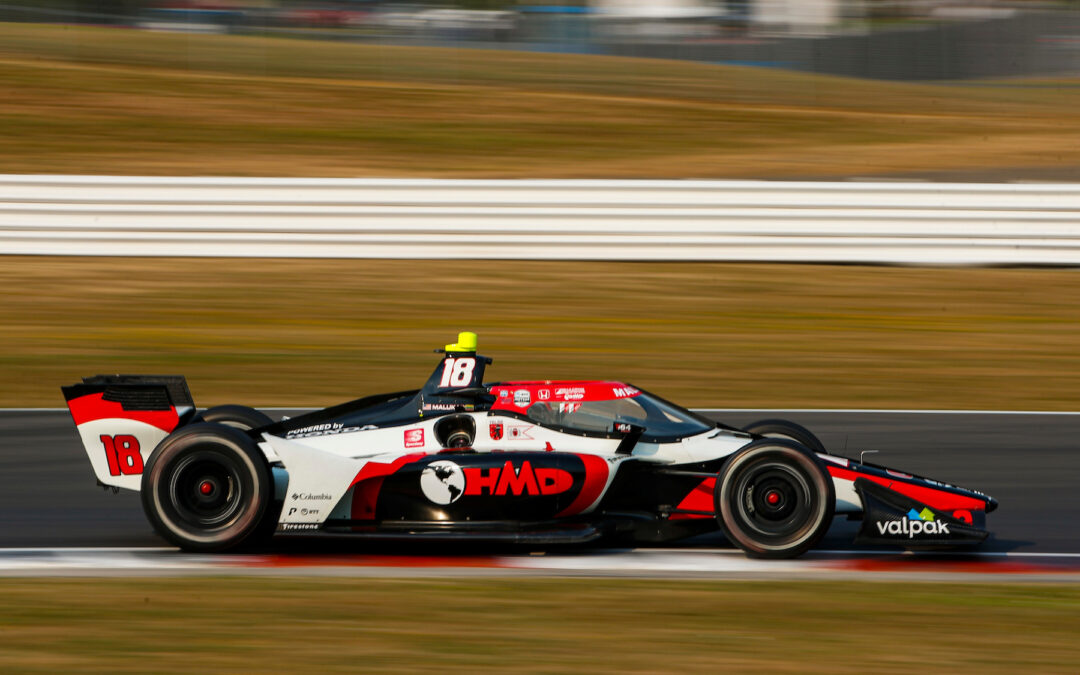 Dale Coyne Racing with HMD Motorosports David Malukas in the No.18 Homda had a great qualifying for today’s Grand Prix of Portland at Portlamd International Raceway.

The NTT IndyCar Series rookie who scored his first podium last time out at World Wide Technology Raceway where he finished second made it into the Firestone Fast 12 and will start the race from P10 after setting a time of  58.4830s and speaking following the action he said:

We did make it to the second segment today, but we didn’t really have the pace that we needed to make it to the Firestone Fast 6. Yesterday in practice we were very, very quick and it seems that with the higher track temps that’s when we succeed. Once the track temps cool down, we start to struggle a little bit. We tried in Practice 2 this morning to find that time and we couldn’t really get it there, but we did find a bit and closed the gap a little. It’s not the result we wanted today in qualifying, but I think it’s all good. If a P10 is bad for us, then I think it’s all going swell.

Takuma Sato in the No.51 Nurtec ODT Honda starts the race from 22nd and will be hoping for a repeat of his 2018 performance when he came from 20th and came through the field to win the race.

We had a bit of a scary issue in practice yesterday and I lost a lot of track time, so I lost the chance to try the red Firestone tire. The only chance I had was this morning in practice, so it was a little bit challenging for us going into qualifying. We did try hard. The outcome wasn’t what we wished but the 51 Nurtec ODT car was pretty good in the final practice, and I feel much more positive after moving up to 13th in that session. I think we are wide open strategy wise. We can do many, many things and we can still overtake so I look forward to tomorrow’s race