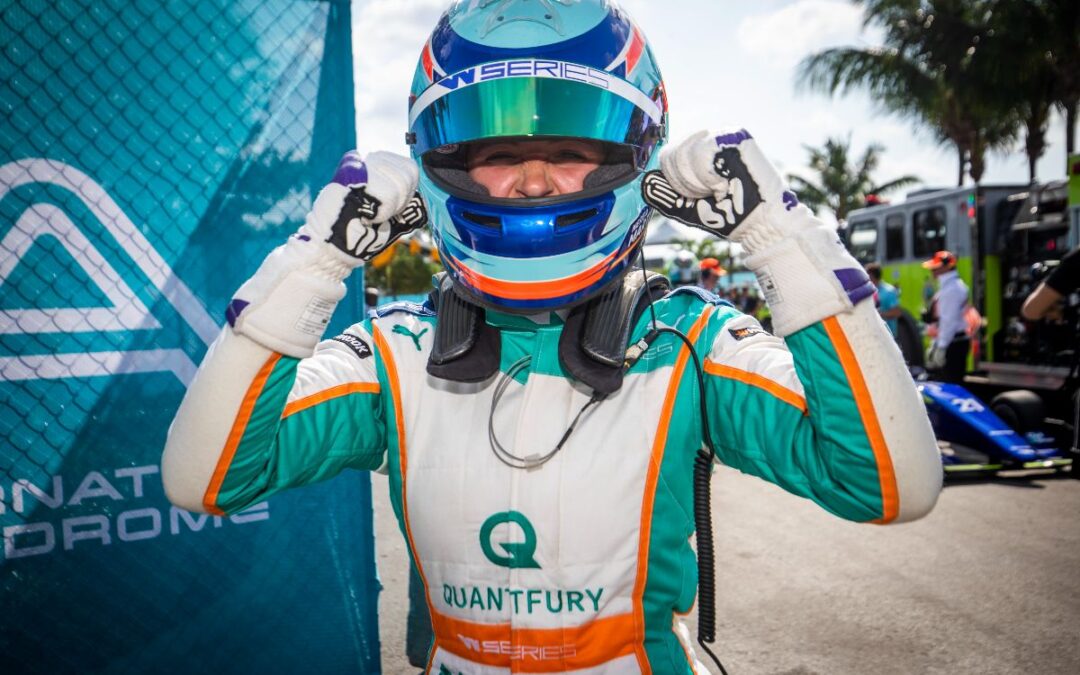 Spain’s Nerea Marti took her maiden pole position for the 2022 W Series season-opening race in Miami on Saturday for the Quantfury Racing W Series Team with a time of 01:56.915s and speaking following the action she said:

“I’m super happy as this is my first pole position in W Series and it’s my goal to win. It’s a fast track and it’s difficult so I was nervous. At the beginning of qualifying, it was a bit difficult as I didn’t find the right feeling and the track was very different to how it was in the practice session yesterday. After my first run I finally focused again and did an out lap. I was very calm, to be honest, thinking about the race and where I could improve.”

“I got there eventually. The second set of tyres felt a lot better, but on the first set I struggled a little bit. However, it’s a good start to the weekend and the season. The track is technical and lures you into making a mistake very easily. You almost have to bring it back rather than ask too much of it as it’ll punish you in that sense with the long straights. I just had to be a bit patient, wait until the end and it came to us. The race will be hard, especially on the long straights, but I think we’re in a good place.” 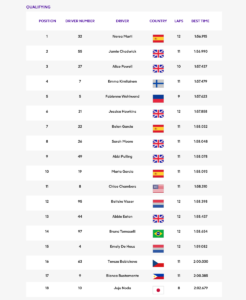 Jamie Chadwick will start Sunday’s race from pole position ahead of Nerea Marti and Emma Kimilainen.