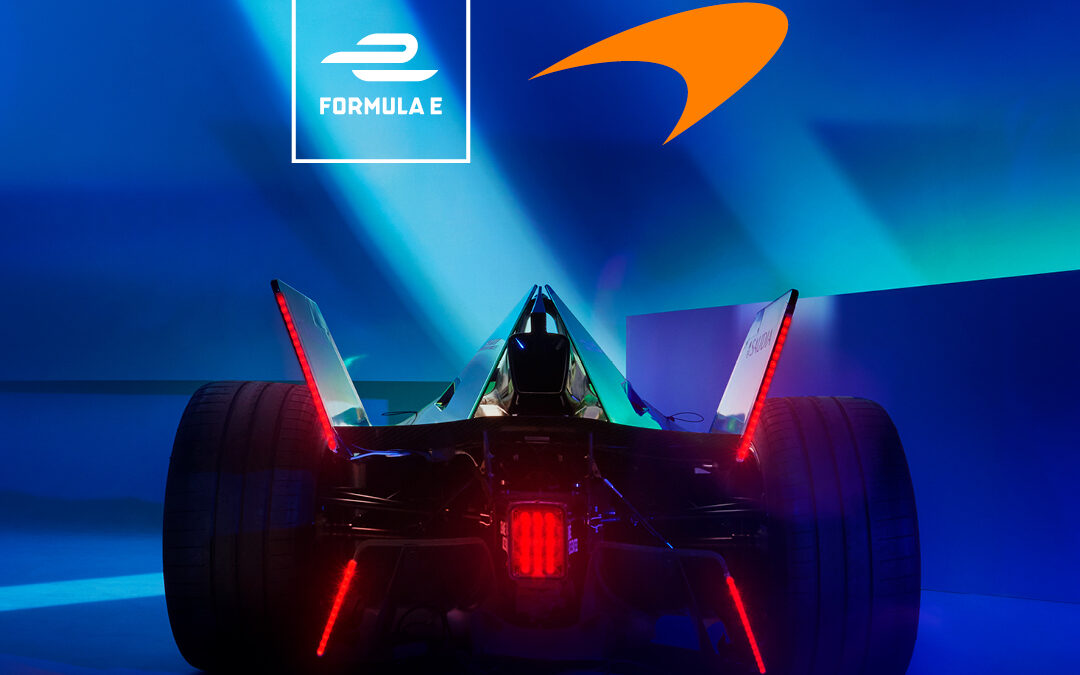 McLaren Racing announced on Saturday that through their purchase of the Mercedes EQ Team that they will enter the ABB FIA Formula E world championship from season nine and the introduction of the Gen3 car.

The decision to enter Formula E follows McLaren Racing signing an option in January 2021 to participate in Season Nine and a period of evaluation, during which time the team entered the Extreme E all-electric off-road series. The move into Formula E not only reflects McLaren’s commitment to EV motorsport but the aim to accelerate McLaren Racing’s sustainability journey and reach a new, more diverse global audience.

The announcement also sees an expansion of McLaren Racing’s portfolio through their existing involvement in Formula One, the NTT IndyCar Series, Extreme E, and esports.

McLaren Racing always seeks to compete against the best and on the leading edge of technology, providing our fans, partners and people with new ways to be excited, entertained and inspired. Formula E, like all our racing series, fulfils all those criteria.

“As with all forms of the sport we participate in, Formula E has racing at the centre but will be strategically, commercially and technically additive to McLaren Racing overall. It is also satisfying to provide a home for the class-leading Formula E team that Mercedes has built, which will become a fully-fledged part of the McLaren Racing family. While run separately to our F1 and IndyCar teams, Formula E complements and builds out our EV racing programme alongside Extreme E.

“I firmly believe that Formula E will give McLaren Racing a competitive advantage through greater understanding of EV racing, while providing a point of difference to our fans, partners and people, and continuing to drive us along our sustainability pathway.

The news will see Mercedes EQ Formula E Team Principal Ian James continue in that role when they begin this new chapter. Mercedes are the defending ABB FIA Formula E World champions and speaking about the news, James said:

Today’s announcement confirms the next exciting chapter in the development of the team. Since our inception in 2019, performance, sustainability and adaptability have been the keys to our success. Mercedes-Benz have been the main enablers for this team so far and when we started this journey, we could only have hoped for the results we’ve achieved to date. The company’s clear objectives and technological expertise accelerated our ambitions, and I would like to thank them for being the most supportive owner by helping us to do what we do best: racing. Now, once again, they have been instrumental in securing the right partner to continue our Formula E journey.

“Becoming part of the McLaren Racing family is a privilege: McLaren has always been synonymous with success and high-performance. This is a great moment for all parties involved but, above all, for the people that make up this team. They are what keeps its heart beating. Being able to continue working with them is what I am most excited about.

“I’m very much looking forward for this next chapter for the team and will be a proud member of it in Season 9. Until then, we will be focused on delivering the best results possible as the Mercedes-EQ Formula E Team, for the remainder of the current season.

From next season and the start of the Gen3 era, the only place to see McLaren go head-to-head with historic motorsport names including Porsche, Jaguar, Maserati and Nissan is in the ABB FIA Formula E World Championship.
“They will be taking their place on the grid amongst 12 highly-competitive teams and 24 of the sport’s most talented drivers racing in the fastest, most powerful and efficient electric race car ever built. That is a unique and mouth-watering offering for fans, and I am excited that McLaren is joining Formula E to make this dream a reality.

“I wanted McLaren to be part of the ABB FIA Formula E World Championship since Season 1, and I’m delighted we finally made it happen. But it is so much more than just deciding to go racing. Being part of Formula E signals a strategic investment in the future of electric vehicle development. I welcome Zak’s belief that Formula E provides a cutting-edge environment for a proven innovator like McLaren to accelerate their EV experience and performance.
“I am also happy that the deep skills and capabilities developed by the current Mercedes-EQ team in the ABB FIA Formula E World Championship will find an exciting new home with McLaren. This will be a formidable team next year,”