McLaughlin Claims His Second Win Of The Season At Mid-Ohio 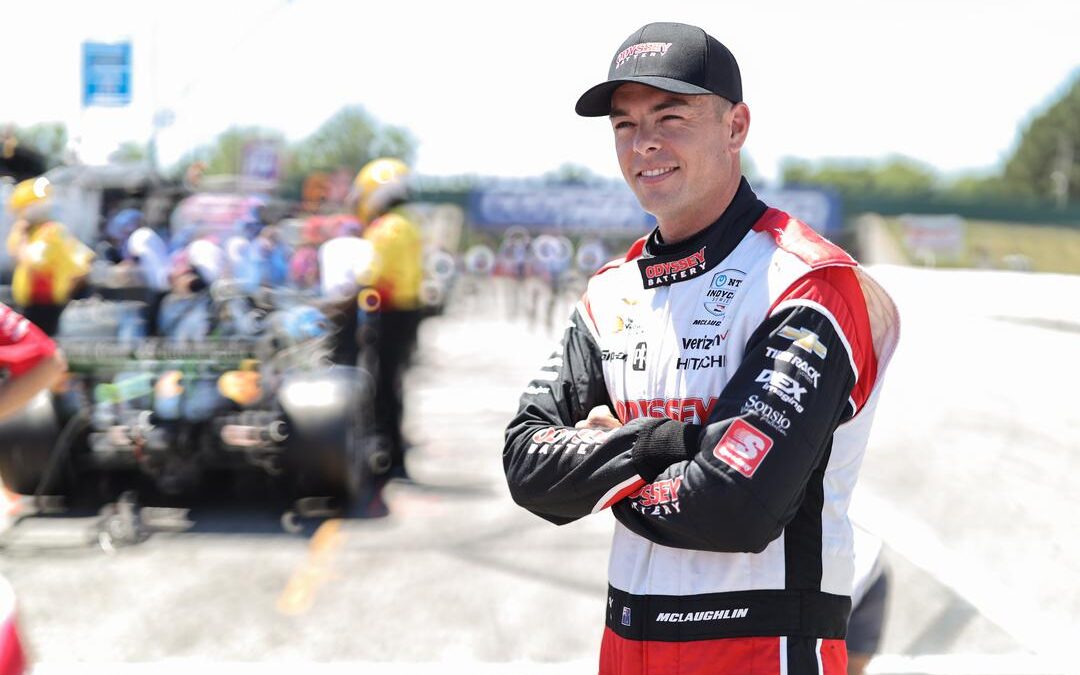 Team Penske’s Scott McLaughlin in the No.3 Odyssey Battery Chevrolet claimed his second NTT IndyCar Series career victory and second of the season on Sunday as he turned his front row start into a victory.

McLaughlin came home just ahead of defending series champion Alex Palou in the No.10 NTT DATA Chip Ganassi Racing Honda while Team Penske’s Will Power in the No.12 Verizon 5G Chevrolet overcame a qualifying penalty to complete the podium in third place having rolled off from 21st place.

The top three today was exactly the same the top three from the opening race of the season, the Firestone Grand Prix of St Petersburg presented by RP Funding.

Ed Carpenter Racing’s Rinus VeeKay in the No.21 BitNile Chevrolet scored his best result of the season as he came home in fourth place just ahead of six-time Mid-Ohio race winner Scott Dixon in the No.9 PNC Bank Honda who started the race in fifth. The Iceman came home just ahead of his team-mate Marcus Ericsson in the No.8 Ridgeline Lubricants Honda who heads to Canada next time out with a 20 point lead in the championship over second-placed Will Power.

Josef Newgarden in the No.2 PPG Chevrolet came from 14th on the grid to finish the race in seventh place just ahead of his former team-mate Helio Castroneves who came from P15 to finish inside the top ten for Meyer Shank Racing.

David Malukas capped off a great weekend for Dale Coyne Racing with HMD Motorsports to finish the race inside the top ten in ninth place. Simon Pagenaud had a great event for hometown team Meyer Shank Racing as he rounded out the top ten.

Christian Lundgaard came from 16th on the grid to finish the race in eleventh just ahead of his teammate Graham Rahal and Conor Daly.

Takuma Sato finished the race in P14 just ahead of Colton Herta who was felt disappointed having started the race from third place. A mistimed caution saw Herta drop to the back of the field following his pit-stop.

It was a great race for Chip Ganassi Racing’s Jimmie Johnson in the No.48 Carvana Honda as he came from the back of the pack in 27th to finish the race in P16 and in doing so scored his best road course race result of the season.

Romain Grosjean was 21st however, the post-race debrief at Andretti will be an interesting affair after he was involved in some on-track drama with his teammate Alexander Rossi. The one thing you do not do is hit your teammate.

Dalton Kellett ended the race in 22nd and was the final driver to finish the race as Kyle Kirkwood, Tatiana Calderon, Callum Ilott and both Arrow McLaren SP drivers Pato O’Ward and Felix Rosenqvist retired from the race following technical issues with the pair which left the team disappointed following a solid qualifying on Saturday.

The next race sees the NTT IndyCar Series return to Canadian shores for the first time since 2019 with the Honda Indy Toronto on the streets of Toronto which takes place from July 15-17.