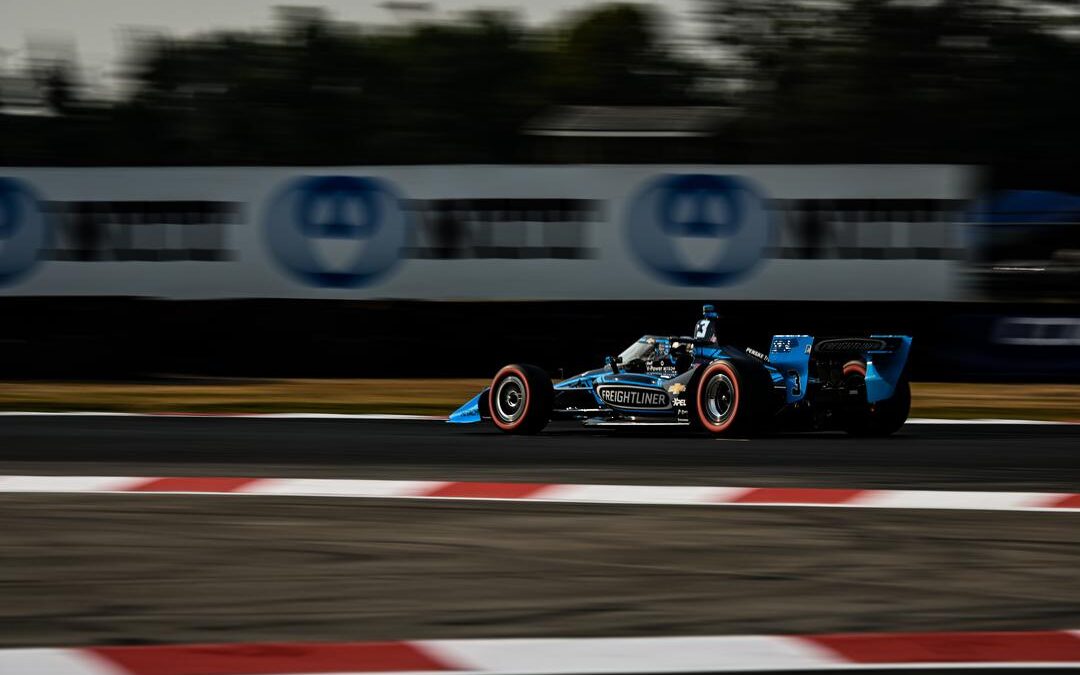 Scott McLaughlin took victory in Sunday’s Grand Prix of Portland in the No.3 Freightliner Team Penske Chevrolet leading Will Power in the No.12 Verizon 5G Chevrolet for a team 1-2 following a dominant performance from pole.

Six-time NTT IndyCar Series champion Scott Dixon in the No.9 PNC Bank Chip Ganassi Racing Honda kept his championship hopes alive as he came from P16 on the grid to finish the race in third and heads to WeatherTech Raceway Laguna Seca next weekend just 20 points behind Power.

Pato O’Ward in the No.5 Arrow McLaren SP Chevrolet was fourth despite suffering end plate damage and came home ahead of Graham Rahal in the No.15 Total Quartz Rahal Letterman Lanigan Racing Honda who came through the field from P11 to gap a great race for the team.

Andretti Autosport had a strong race with Colton Herta in the No.26 Gainbridge Honda coming home sixth just ahead of his team-mate Alexander Rossi in the No.27 NAPA Auto Parts AutoNation Honda.

Josef Newgarden remains in the title fight and is equal on points with Scott Dixon having finished the race where he started in eighth place in the No.2 Hitachi Team Penske Chevrolet.

Callum Ilott had another strong race for Juncos Hollinger Racing coming home in 9th while Felix Rosenqvist rounded out the top ten for Arrow McLaren SP.

Marcus Ericsson was 11th in the No.8 PNC Bank Honda just ahead of his team mate Alex Palou in the No.10 RIdgline Lubricants Chip Ganassi Racing Honda.

Kyle Kirkwood was 13th for AJ Foyt Racing just ahead of David Malukas and Devlin DeFrancesco while Helio Castroneves was P17 just ahead of 2018 winner Takuma Sato.

Romain Grosjean was 19th just ahead of Rinus VeeKay who given a drive through penalty for taking Chip Ganassi Racing’s Jimmie Johnson out of the race.

Christian Lundgaard was 21st just ahead of Dalton Kellett.

With just one race remaing in Laguna Seca next weekend five drivers are in the race for the championship.