McLaughlin Leads A Penske 1,2,3 In Nashville 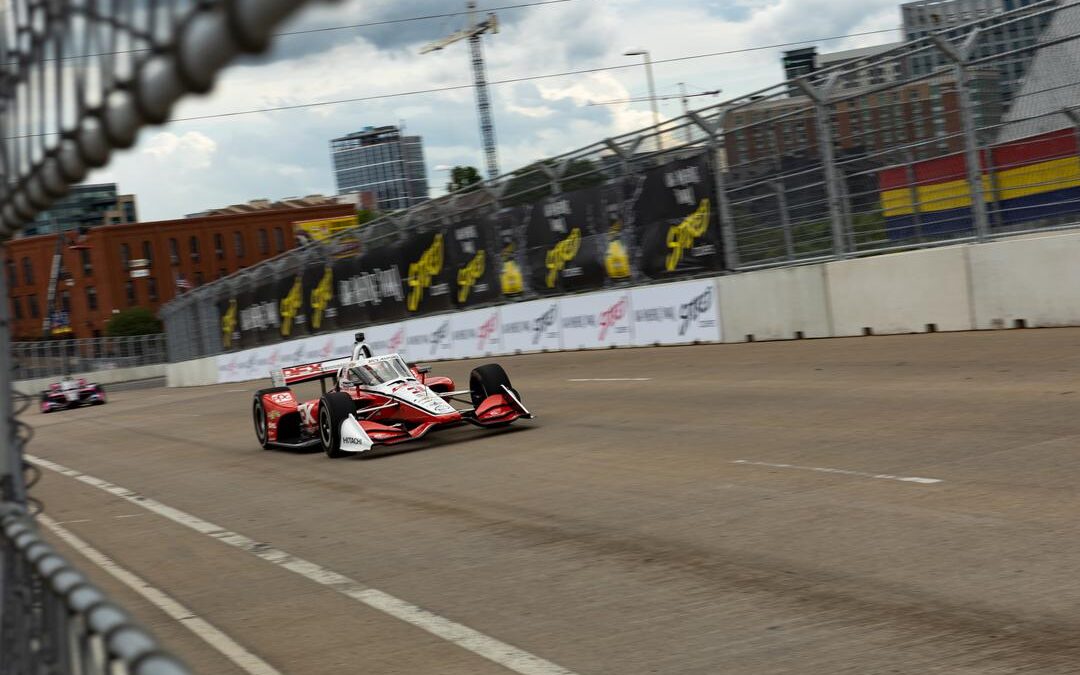 Team Penske’s Scott McLaughlin in the No.3 DEX Imaging Chevrolet ended the second practice session ahead of qualifying for Sunday’s Big Machine Music City Grand Prix fastest with a time of 01:15.4609s.

The New Zealander ended the session leading a Team Penske 1,2,3. Josef Newgarden was second just ahead of championship leader Will Power in the No.12 Verizon 5G Chevrolet who set a time of 01:15.8415s.

Felix Rosenqvist continued his strong run despite hitting the wall in sixth place just ahead of Romain Grosjean and Colton Herta while Christian Lundgaard and David Malukas rounded out the top ten.

Simon Pagenaud was P14 with a 01:16.4513s in the No.60 Sirius XM Honda for Meyer Shank Racing just ahead of Graham Rahal who tapped the wall in the No.15 United Rentals Honda for RLL with a time of 01:16.5831s ending the session just ahead of Juncos Hollinger Racing’s Callum Ilott.

Helio Castroneves was P17 just ahead of Jack Harvey and last year’s winner Marcus Ericsson in the No.8 Huski Chocolate Chip Ganassi Racing Honda who set a time of 01:16.9285s. Devlin DeFrancesco who hit the wall hard rounded out the top 20 just ahead of Takuma Sato, Rinus VeeKay and Conor Daly.

Simon De Silvestro was 24th in the No.16 Acumatico Chevrolet for Paretta Autosport just ahead of Jimmie Johnson while Dalton Kellett rounded out the order.