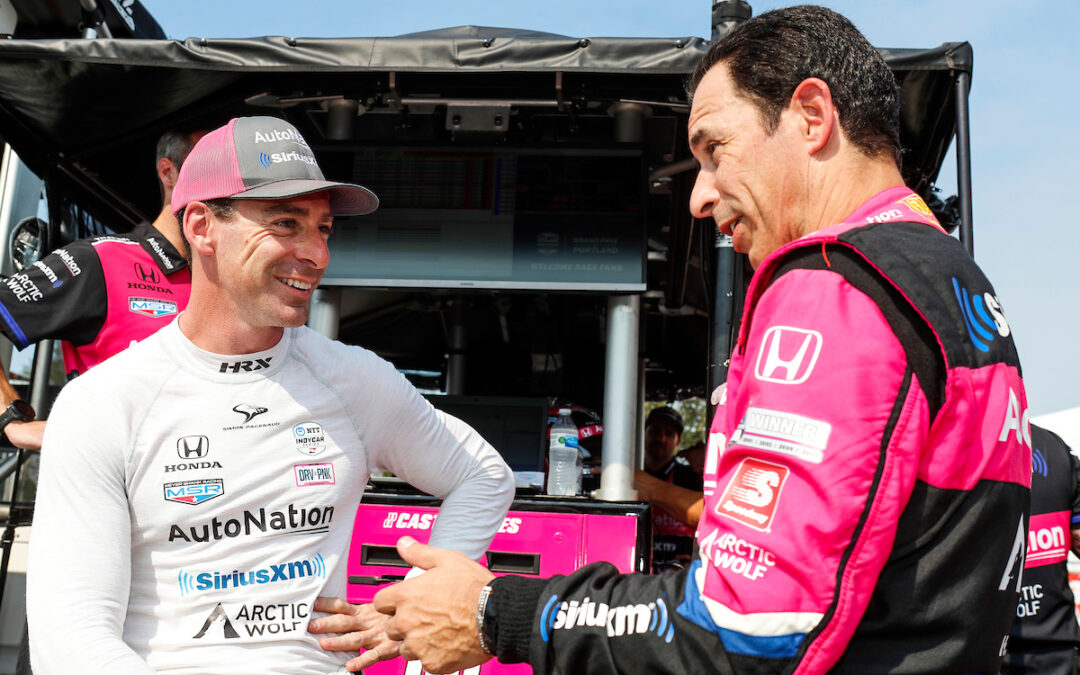 Meyer Shank Racing’s Simon Pagenaud in the No.60 Sirius XM Honda and Helio Castroneves in the No.06 AutoNation Sirius XM Honda head into this weekend’s 2022 NTT IndyCar Series season-ending Firestone Grand Prix of Monterey at WeatherTech Raceway Laguna Seca following a tricky year for the team who are preparing to complete their first season as a two-car full-time team.

Simon Pagenaud goes into the race this weekend with a best finish this season of second place which came in the GMR Grand Prix of Indianapolis on the IMS road course just ahead of the 106th running of the Indianapolis 500 presented by Gainbridge.

Speaking ahead of this weekend’s race in California the Frenchman says:

“Laguna Seca is a phenomenal track and it’s the last race before we get the new tarmac since they are repaving it. I’m looking forward to using up the current tarmac – it creates lots of opportunities. You can make the outside lane work, the inside lane is usually used up – there is a lot of creativity involved which I enjoy. The corkscrew is, of course the corner that everyone knows, and I train on it. I really enjoy the rhythm of that track so let’s hope for a really good weekend.”

Castroneves who will be back behind the wheel of the No.06 Honda in the NTT IndyCar Series next season is looking forward to this weekend’s race saying:

“We’re excited heading into Laguna Seca. We collected a lot of information this year and we’re definitely looking for a much better year next season. However, Laguna is an amazing place with the Corkscrew. We ran there last year and we know what we need to adjust heading into the weekend. We’re all hoping to finish the season off strong.”