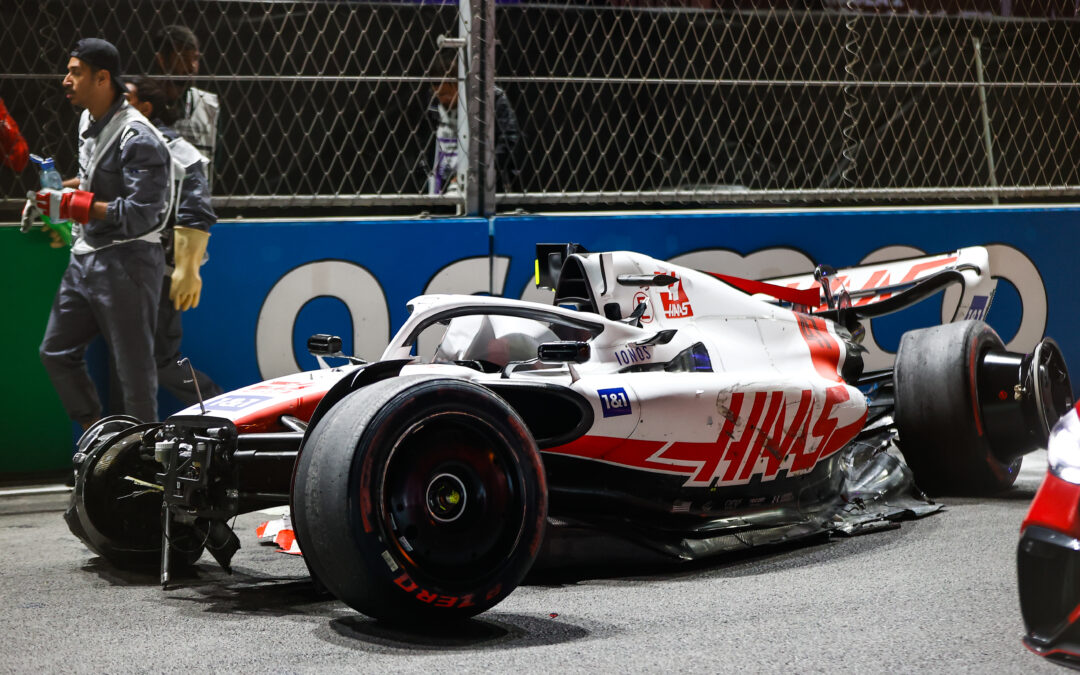 The Haas F1 Team has confirmed that Mick Schumacher has been released from hospital and has returned to his hotel following his heavy accident during qualifying for Sunday’s Saudi Arabian Grand Prix at the Jeddah circuit.

We can confirm that Mick has been released from hospital and has returned to his hotel.#HaasF1 #SaudiArabianGP

“A very eventful day for us. The best thing is that Mick has apparently no injuries, he’s in the hospital right now and being evaluated by the doctors, so he is in good hands at the moment. There is a possibility that he’ll have to stay for
observation overnight at the hospital. Based on these facts and where we are, we have decided not to field his car tomorrow. Kevin, having not done a lot of practice yesterday, I think he did a fantastic job today getting into Q3. His last run was not as planned but I think that was down to not having enough time on track. We’re still happy with Q3 and P10 tomorrow.”

Kevin Magnussen had a great run in qualifying as he will start the race from 10th on the grid. Speaking following the action the Dane said:

“I’ve heard Mick is uninjured which is good and incredible when you see the crash that he had, but the safety is so good with these cars with the fact that you can walk away from a crash like that, it’s impressive. I think he was having a great qualifying session up until that point and he was up for a good result, so he’ll just need to come back and get on the horse and bounce back. We have to be happy with Q3, but the car was better than P10, I didn’t get the most out of it. Honestly my neck just completely broke in Q3 – suddenly it snapped, and I couldn’t hold it. I wasn’t driving well, I think maybe there was a P5 in the car, there’s only half a second up to P5 and my best lap in Q3 was on used tires – and not a great lap as I said. The team had a P5 in it, but I didn’t.”