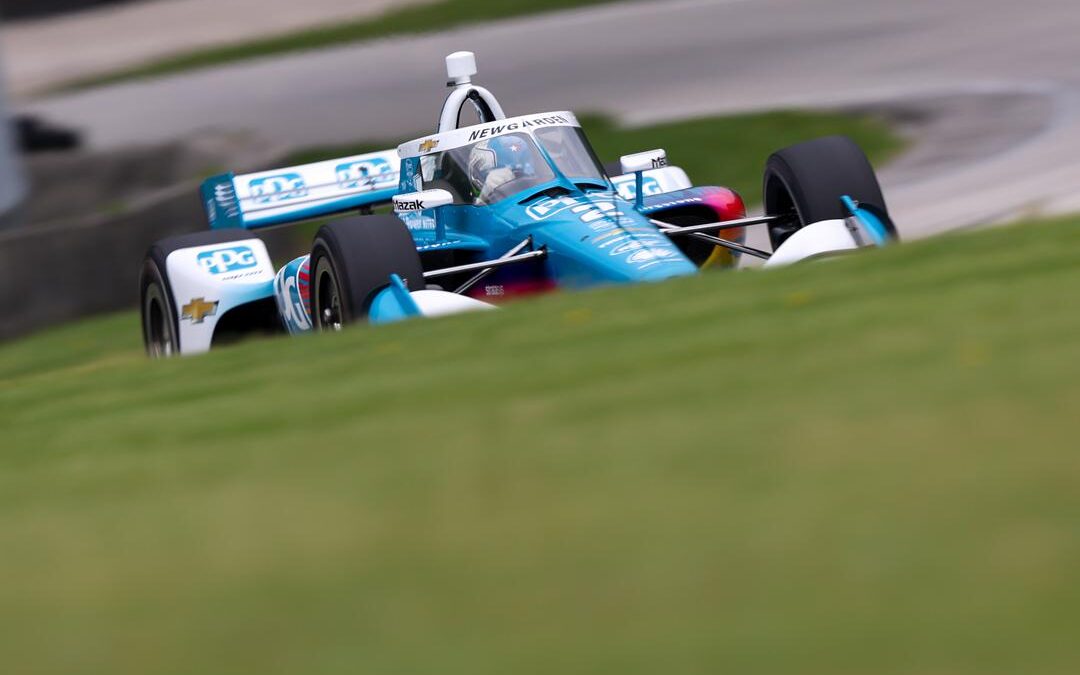 Team Penske’s Josef Newgarden took victory in the Sonsio Grand Prix of Road America presented by AMR on Sunday and in doing so collected a cheque for $1 million dollars to be split between his chosen charities, himself and his team after winning the PeopleReady Award for victories on an oval in Texas, street course in Long Beach and on a road course here in Road America.

Starting the race from second on the grid, the Tennessee-native had a great battle with Alexander Rossi eventually leading home Indianapolis 500 winner Marcus Ericsson in the No.8 Huski Chocolate Chip Ganassi Racing Honda while Rossi finished the race in third place.

Colton Herta recovered from P11 on the grid to finish the race in fourth place just ahead of his team-mate Romain Grosjean while Felix Rosenqvist completed the top six in his No.7 Vuse Arrow McLaren SP Chevrolet.

Scott McLaughlin in the No.3 Sonsio Team Penske Chevrolet came home in seventh place while Graham Rahal in the No.15 United Rentals Honda made up 14 places to finish the race in eighth place.

Scott Dixon had no grip throughout the race and finished the event where he started in ninth place in the No.9 PNC Bank Chip Ganassi Racing Honda while Christian Lundgaard rounded out the top ten for Rahal Letterman Lanigan Racing.

Dale Coyne Racing’s Takuma Sato enjoyed a late race battle with his team-mate David Malukas to finish the race in 15th just ahead of the rookie. Rinus VeeKay was 17th just ahead of Devlin DeFransceco who will want to watch out for Will Power after the race as the pair collided sending Power to pit-road early in the race. Power finished the event in 19th place.

Kyle Kirkwood was 20th for AJ Foyt Racing just ahead of Simona De Silvestro who ended her first road course IndyCar race in nine years in 21st place for Paretta Autosport which was the teams goal but more than that she finished ahead of Dalton Kellett, Helio Castroneves, Jimmie Johnson, Tatiana Calderon, Pato O’Ward and Alex Palou.

Next up is Mid-Ohio in two weeks time.