Newgarden Dominates Race One In Iowa 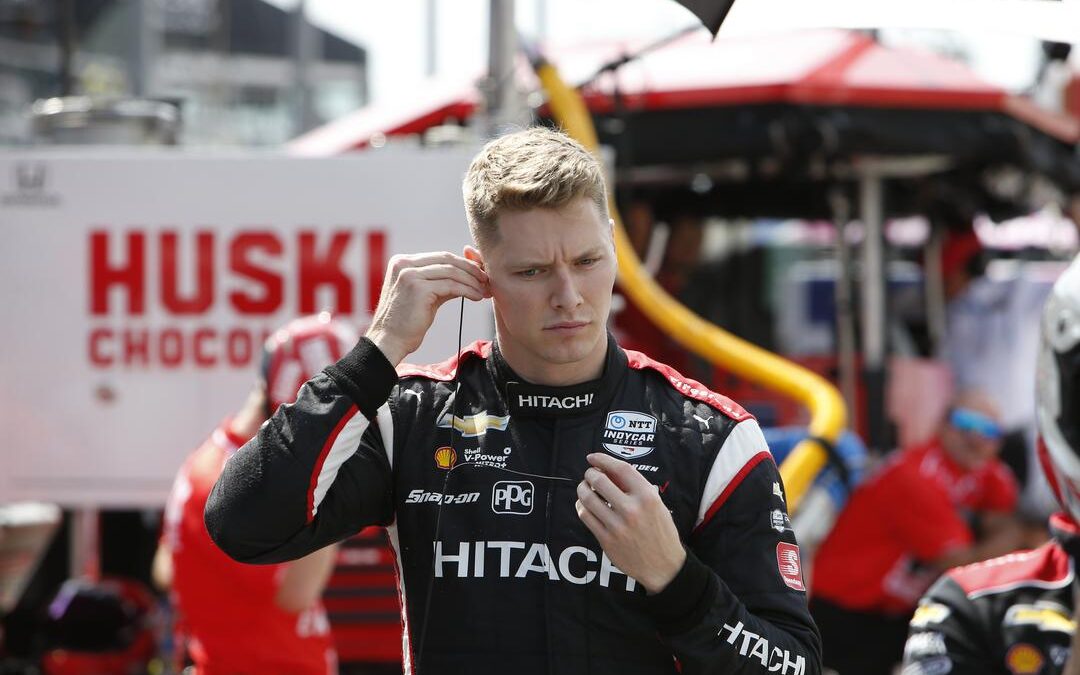 Josef Newgarden in the No.2 Hitachi Team Penske Chevrolet dominated the opening race of the Hy-Vee double-header weekend at Iowa Speedway on Saturday lapping everyone up to sixth place to claim his fourth victory on the shortest oval track on the NTT IndyCar Series schedule.

The Tennessee-native came from second on the grid to come home ahead of Pato O’Ward in the No.5 Arrow McLaren SP Chevrolet while pole-sitter Will Power in the No.12 Verizon 5G Chevrolet for Team Penske completed the podium.

Rinus VeeKay in the No.21 Bitcoin Racing ECR Chevrolet was fourth just ahead of Scott Dixon in the No.9 PNC Bank Chip Ganassi Racing Honda who carved his way from 13th on the grid to finish the race in fifth place just ahead of his team-mate and defending series champion Alex Palou in the No.10 Ridgeline Lubricants Honda.

Romain Grosjean who made his first start at Iowa came home in seventh as the fastest Andretti Autosport car. Championship leader Marcus Ericsson in the No.8 Huski Chocolate Chip Ganassi Racing Honda was eighth just ahead of Graham Rahal while his teammate Christian Lundgaard rounded out the top ten.

Jimmie Johnson in the No.48 Carvana Chip Ganassi Racing Honda spent the entire race running up front despite a spin early in the race but fell back towards the end of the event to come home in P11 just ahead of Callum Ilott who had another impressive race for Juncos Hollinger Racing ending the event it 12th just ahead of Andretti Autosport’s Alexander Rossi in the No.27 NAPA Auto Parts AutoNation Honda.

David Malukas finished the race in 14th place for Dale Coyne Racing with HMD Motorsports, just ahead of Kyle Kirkwood for AJ Foyt Racing while Helio Castroneves ended his day in P15 for Meyer Shank Racing.

Devlin DeFrancesco was 17th just ahead of Jack Harvey and Conor Daly. Dalton Kellett brought his K-Line Insulators Chevrolet home in 20th just ahead of Takuma Sato and Scott McLaughlin who suffered a missing wheel nut which put him back down the order.

Colton Herta had an electrical issue with his clutch which saw him finish multiple laps down while Ed Carpenter and Felix Rosenqvist were the only retirements from the event. Next up is the Hy-Vee Satule To Farmers 300 presented by Google.