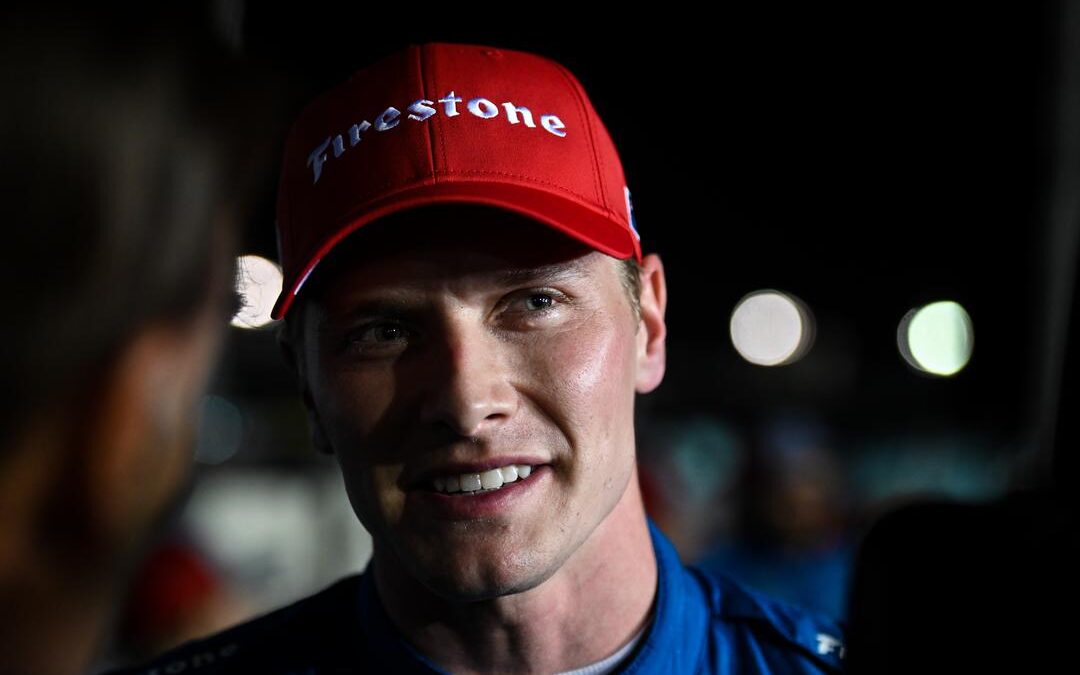 Team Penske’s Josef Newgarden in the No.2 Hitachi Chevrolet led the way in the opening practice session on Friday in Portland after a red flag that lasted for well over an hour due to a never before seen incident which saw one of the large trackside TV monitors dislodged from its crane due to leaking hydraulic fluid.

When the action resumed, Andretti Autosport’s Alexander Rossi, Colton Herta and Romain Grosjean shot to the front, however that order would not stick with Newgarden running P1 at the end with a time of 58.5759s ending up just ahead of David Malukas who set a 58.7024s just ahead of Scott McLaughlin who set a 58.7156s.

Speaking to Paddock Eye following the session, when we asked about the situation going into Turn 1 on Sunday for the opening lap of the race, the New Zealander said that you can’t really plan here, you just have to get on it and keep your front wing on. You can’t pre-empt what will happen in Turn 1 from today’s running you just have to get on with it and hopefully be on the right side of it.

Andretti Autosport’s Alexander Rossi was 4th fastest with a time of 58.7639s just ahead of Colton Herta who set a time of 58.8246s.

“Good start to the weekend. It was a disrupted session with the track screen falling apart, but the car rolled off good from the test and we are generally happy with where we are at. The temperature is going to be a lot different tomorrow – it’s going to be a lot colder – so we are going to have to make sure we adapt to that. But I think we are in a very good spot for the rest of the weekend.”

“It was a disappointing session with all the red flags, but we ended fifth. We will work at it tomorrow to finish a little higher up. I am unsure what exactly I need from the car so we will look at the data tonight to see. Testing last week helped something, but with conditions that are so different, it’s hard to really see that. The main thing about testing here last week helped with is figuring out what I didn’t want in a race car which gives us more time to make good changes during practice.”

Felix Rosenqvist in the No.7 Arrow McLaren Chevrolet was sixth fastest with a time of 00:58.8458s and speaking to Paddock Eye following the action the Swede said that the case will have to be stuck on the inside as you could be hit.

“Today was pretty solid. Both Pato and I looked pretty sporty. The No. 7 Arrow McLaren SP Chevrolet felt good, very sporty straight away. We didn’t test here, so we had to fine-tune the car to get it where we want to, so that’s always good. At this track, it’s all about getting through the chaos. You saw today all the red flags; Portland is a tricky one.”

Kyle Kirkwood in the No.14 Sexton Properties Chevrolet was seventh fastest with a time of 00:58.9582s. Graham Rahal was eighth and speaking following the action he commented saying:

“It was a solid day for us. I think the Total Quartz Motor Oil car is strong. We started with a similar setup to what we ran last year. We’ve got to tie the little bits together to go quicker now. And around here, a lot of those are going to make a big difference because of how interconnected Turns 1-2-3 are and how Turns 9-10-11 to finish the lap are all interconnected. We need to be a little better there, have a little better rotation but generally I thought our pace was decent so we’ll go to work tonight and hope to find some more.”

Alex Palou in the No.10 Ridgeline Lubricants Chip Ganassi Racing Honda was ninth fastest just ahead of championship leader Will Power who rounded out the top ten.

Helio Castroneves was P17 with a time of 00:59.3141s for Meyer Shank Racing just ahead of Rinus VeeKay and Christian Lundgaard.

Conor Daly was 20th just ahead of Romain Grosjean and Pato O’Ward while Dalton Kellett was 23rd just ahead of Jimmie Johnson. Takuma Sato rounded out the order.

INDYCAR officials have announced a six-position starting grid penalty for the entries of No. 2 Team Penske and No. 4 A.J. Foyt Enterprises for unapproved engine changes following the Saturday, Aug. 20 race at World Wide Technology Raceway.

The teams were in violation of:

According to Rule 16.6.1.2, the penalty is a six-position starting grid penalty on road and street course events and nine positions at oval events and will be served at the series’ next event, which is the Grand Prix of Portland Sunday, Sept. 4 at Portland International Raceway.