Newgarden Secures Second In The Championship 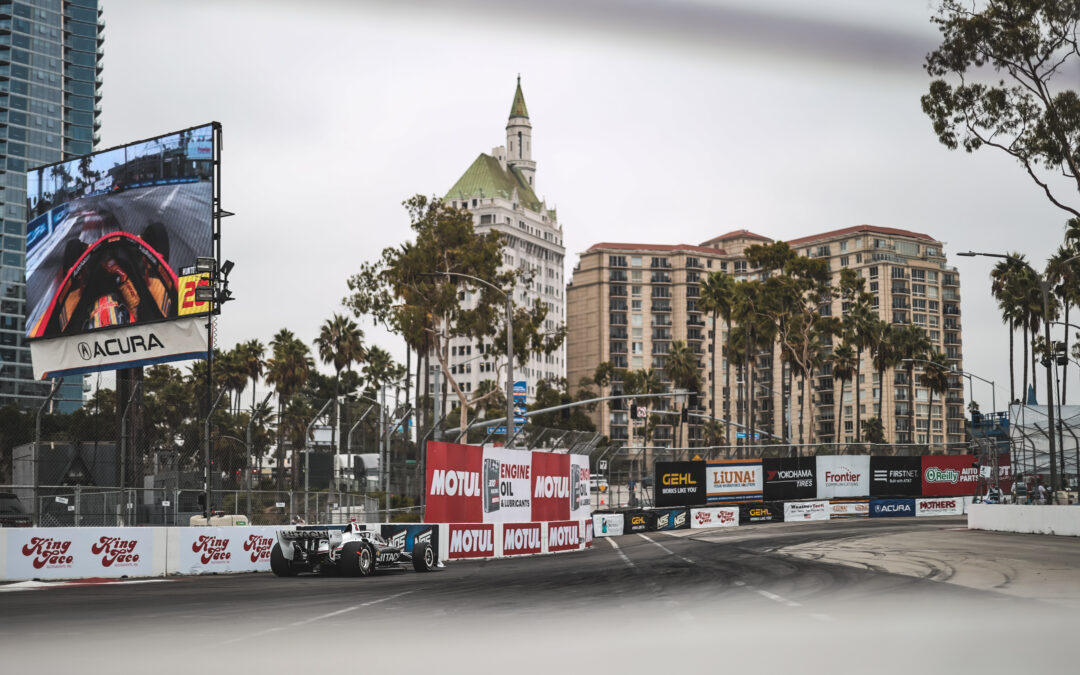 Starting the race from pole, Newgarden knew it was going to be a tough ask to win his third Astor Cup and in the 85 lap race it was Colton Herta who flew through the field from 14th on the grid to take victory.

Colton did a great job, so congrats to him and his entire crew. He was on the right tire on the right point of the race. If there were no yellows, I think we would have been OK today, to cruise out front. But that’s the way it rolls sometimes. Strong effort by our team. I think my Hitachi Chevy crew was the fastest in pit lane all year, so there’s a lot to be prideful for. We fought hard. We came up a little bit short this year, which is unfortunate, but we fought all year long.”

Scott McLaughlin in the No.3 PPG Chevrolet came home in eleventh place and in doing so took the Rookie Of The Year honors and speaking following the action he said:

Like I’ve said, I need to get qualifying sorted and understand the tire. The hardest thing for me here is I’ve been so used in the super car extracting qualifying, you only had one lap to do it basically. The peak of the tire, you learnt that quite quickly, how to get it to its peak early enough in the lap to do a really good lap time over one lap.

Here the laps — your fastest lap sometimes happens on lap two, three, potentially lap four. Trying to get the tire to come on at the very perfect, right time is very difficult and hard to understand or explain.

But that will be certainly what I work on in the off-season, trying to understand. But I think I’ve slowly got it. It’s just the guys that have got it sorted, the guys that have been around for many years, even guys like Romain who have been on different compounds for a long time, they’ve got it sorted. I have to work hard to make it to that point.

If I can get qualifying sorted, I feel like I’m as good as many people in the race.

When we asked him about what attracted him to the NTT IndyCar Series, McLaughlin said:

It’s just, yeah, an opportunity to try something completely different. I have so many bad habits from my super car days that have hampered me this year, so I think that’s why I’ve gone good on the oval because I’ve never been on an oval before, so I’ve got no bad habits.

The road course stuff, it’s just completely different. I don’t have a roof over my head anymore. I’ve got a windscreen, but it’s different. I have open-wheels. I’m not banging doors any more. I can’t bang doors because if I do that, I’m going to be in a lot of trouble. It’s a lot of hard work trying to understand, trying to portray that to the media and the public. I’ve enjoyed the transition, feel like I’ve done an okay job.

Will Power in the No.12 Verizon 5G Chevrolet came home in 10th having started 12th and speaking following the action he said:

Yeah, I wish we could’ve had a better end to the season. I had a lot of potential in the last three races, just had really bad luck in some instances. We’ve got a great Verizon 5G Chevrolet and a great team. We have a lot of potential so we’ll have a very close look at everything this year and come back swinging next year. I don’t think we showed what we really had this year as a team, as a whole. I think we all had a lot more potential so looking for a big year next year.”

In what was probably his last race for Team Penske, Simon Pagenaud in the No.22 Menards Chevrolet started the event from fourth and came home in fifth and speaking following the action the Frenchman who is expected to join Helio Castroneves at Meyer Shank Racing next year said:

P5 today in Long Beach. I enjoyed the weekend so much. We had so much pace, the car was beautiful. Obviously, the yellow day glow was bright out there. It was awesome and I enjoyed the race. We started on the black Firestone tires, trying to do something different than the others and hopefully gain position in the next exchange going to red tires versus the black. It could have worked but we had a bad pit stop unfortunately so we settled where we were, yellow came out and we were in good shape, finished fifth. I think that was about where we could have been so pretty happy with today. Thank you to Chevy, thank you to Menards, and thank you Team Penske. It was an amazing weekend.”