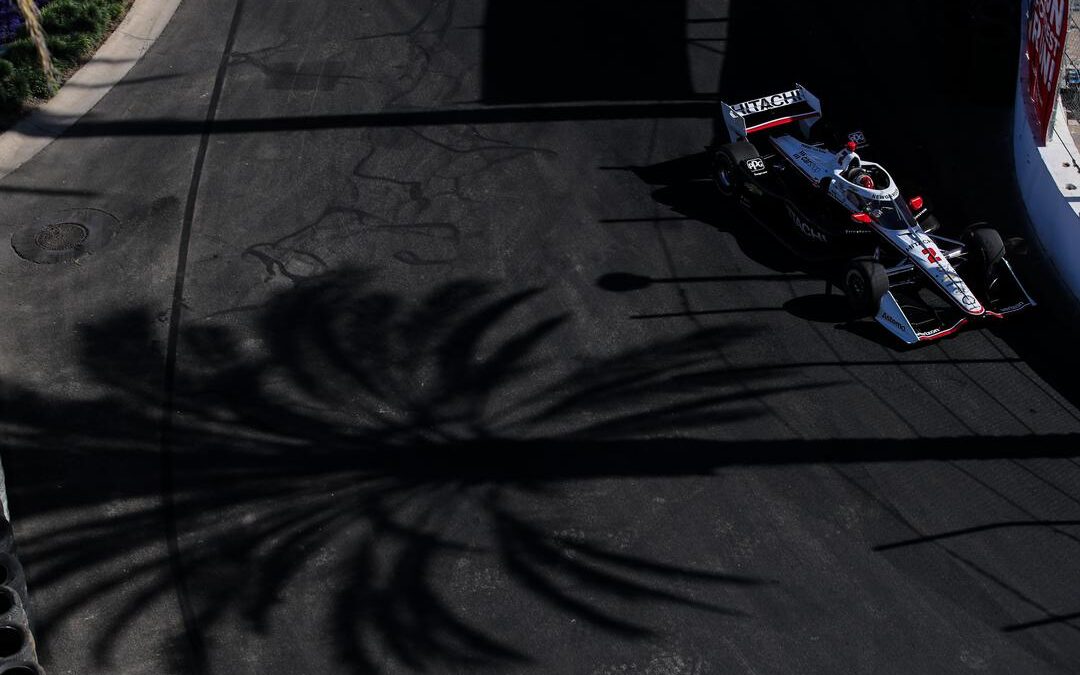 Team Penske’s Josef Newgarden in the No.2 Hitachi Chevrolet has taken his second race on the bounce coming from second on the grid to claim his first Acura Grand Prix of Long Beach victory and Team Penske’s third of the season.

Andretti Autosport’s Romain Grosjean in the No.28 DHL Honda came home second to claim his first podium for the Michael Andretti led team.

Defending champion Alex Palou in the No.10 NTT DATA Chip Ganassi Racing Honda rounded out the podium in third place.

The race ended under caution after Takuma Sato hit the wall.

Will Power has moved into fourth place in the championship following a fourth place finish in the race in his No.12 Verizon 5G Team Penske Chevrolt coming home just ahead of Pato O’Ward who had a fantastic race to finish in fifth for Arrow McLaren SP.

Following a tough qualifying, six-time champion Scott Dixon in the No.9 PNC Bank Chip Ganassi Racing Honda came from 16th to finish the race in sixth despite contact with his team-mate Marcus Ericsson who hit the wall in the latter stages of the race.

Graham Rahal in the No.15 Quartz Motor Oil Honda had a great race from 13th to finish seventh just ahead of Alexander Rossi and Meyer Shank Racing’s Helio Castroneves.

Kyle Kirkwood in the No.14 ROKiT Chevrolet had a great day at the office as he rounded out the top ten for AJ Foyt Racing.

Felix Rosenqvist was left disappointed having started the race from fourth place, the Swede could only manage an 11th place finish.

Jack Harvey in the No.45 Hy-Vee Honda was 15th for Rahal Letterman Lanigan Racing just ahead of Takuma Sato who 16th despite crashing.

Tatiana Calderon in only her second IndyCar start recorded her best finish with 17th in the No.11 ROKiT AJ Foyt Racing Chevrolet just ahead of Christian Lundgaard which bodes well for the Colombian as she will be back in the car at Barber Motorsports Park next time put and the GMR Grand Prix of Indianapolis as we get ready for the Month of May at the Indianapolis Motor Speedway.

Simon Pagenaud was 19th for Meyer Shank Racing having cut the grass through the fountain after spinning.

Jimmie Johnson was classified 20th despite retiring from the race after spinning and hitting the wall at Turn 5.

David Malukas was also caught up in Johnson’s accident and was classified in 21st just ahead of Marcus Ericsson and Colton Herta who dominated the race only to crash out following an unforced error.

Next up for IndyCar is a two day test at the Indianapolis Motor Speedway for all of the Indianapolis 500 entries in two weeks time before they head to Barber Motorsports Park for the Honda Indy 200 on May 1 to kick off the Month of May activities.