No One Ever Said Alex Is Leaving So Let’s Stop 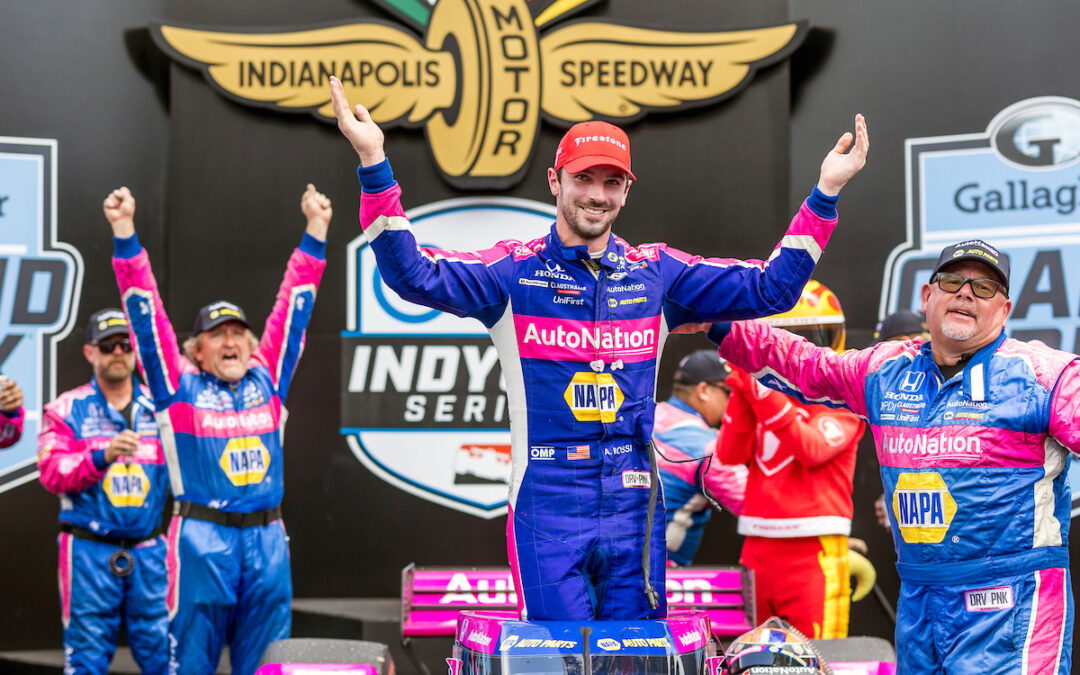 Alexander Rossi who claimed his first victory in three years on Saturday in the Gallagher Grand Prix of Indianapolis on the IMS road course say that:

“No one ever stopped, like, ‘Oh, Alex is leaving, so who cares anymore?’ That was never a thing…& I think that’s a testament to them as people and as a race team.”

Rossi who started the race from second behind pole-sitter Felix Rosenqvist and speaking following the race he said:

Relief is the main word. We’ve had some race wins we’ve thrown away and some where we just didn’t have the pace for whatever reason. We knew things were trending in a good direction this year. The one constant has been the mental strength of the whole team. It’s not just me. They go in every day and work their butts off and when they don’t get results, it’s hard for them as well. As a unit that’s one of our strengths is to just continue forward. It’s a big team win. A big thank you to Andretti Autosport.”

Romain Grosjean in the No.28 DHL Honda started the race from 22nd place and came home in P16 and speaking following the action he said:

First of all, congratulations to Alexander (Rossi) and the No. 27 team. On our side, it’s been a tricky weekend. We had some issues on Friday that we managed to resolve, but our pace wasn’t good enough for a result. We will analyze everything to make sure we can bounce back in Nashville.”

Delvin DeFrancesco in the No.29 PowerTap Andretti Harding Autosport Honda ended the race in 18th and speaking following the action he commented saying:

That was a tough race but I think we learned some things we can take forward into the last few races of the season. I always say it, I have a great crew. The Andretti Steinbrenner No. 29 PowerTap Honda was strong. We showed that in qualifying, it just didn’t come together in the race today.”

Colton Herta in the No.26 Gainbridge Honda had a disappointing race as he was forced to retire from the race with a mechanical issue having  led 17 laps and speaking following the action he said:

The No. 26 Gainbridge Honda was strong all weekend. The crew did a great job with the setup, I think we were the car to beat honestly. We had the issue halfway through the race and there was nothing we could do at that point. I’m looking forward to Nashville. As a team, we’ve been strong on street courses so I think we’ll be in a good position.”