No Truth To O’Ward Rumors 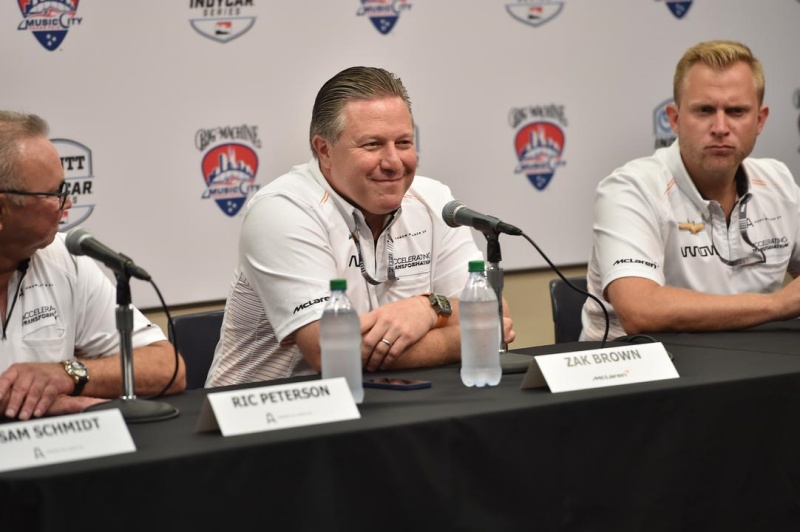 McLaren Racing CEO Zak Brown has refuted claims that Arrow McLaren SP’s Pato O’Ward, driver of the No.5 Arrow McLaren SP Chevrolet is set to leave the team at the end of the 2022 NTT IndyCar Series season, telling motorsport.com in Bahrain that the suggestions are just noise.

Brown has confirmed that O’Ward’s focus for the 2022 season is to win the NTT IndyCar Series championship following an extremely competitive 2021 campaign.

The rumors came about earlier this week in the build-up to the XPEL 375 when Racer.com reported that Pato O’Ward is considering his options away from Arrow McLaren SP at the end of the season, however, Zak Brown says that O’Ward has a multi-year contract with Arrow McLaren SP and he wants the Mexican driver to concentrate on winning the NTT IndyCar Series championship.

O’Ward tested a McLaren Formula One car in December in Abu Dhabi and speaking earlier this week in the build-up to this weekend’s race in Texas about Formula One and McLaren’s signing of Andretti Autosport’s Colton Herta to their previous car test program, O’Ward said:

That’s a great question (smiling). I think we’re all going to have to wait and see what that answer is, to be honest with you. I don’t want to lie to you. I don’t want to lie to everybody and say, No, no, no, or, Yes, yes, yes. We’ll see how things shape out. I think it’s too early in the season to truly see what’s happening. Honestly, as of right now, like I said, I’m fully focused into delivering a season that I know I’m capable of with the team that is around me. I’m sure things will start taking their place, yeah.

Arrow McLaren SP President Taylor Kiel has confirmed that the team has dealt with the rumors surrounding Pato O’Ward internally.

Look, it’s a blip on the radar, in my opinion. We’ve already addressed any of the rumors or otherwise with the team internally. I’ve got full confidence that everybody is focused and ready to perform at Texas. That’s really what’s important to me, that we’re ready to go. Everybody is here to win, everybody is here to do the job. Certainly internally we’re in a good place. I think that’s really all that matters to me. The external noise, everything that surrounds situations like this, it is what it is, it’s part of the sport. It’s on us to make sure we have our house in order, when news needs to come out, it comes out from us and we go from there.