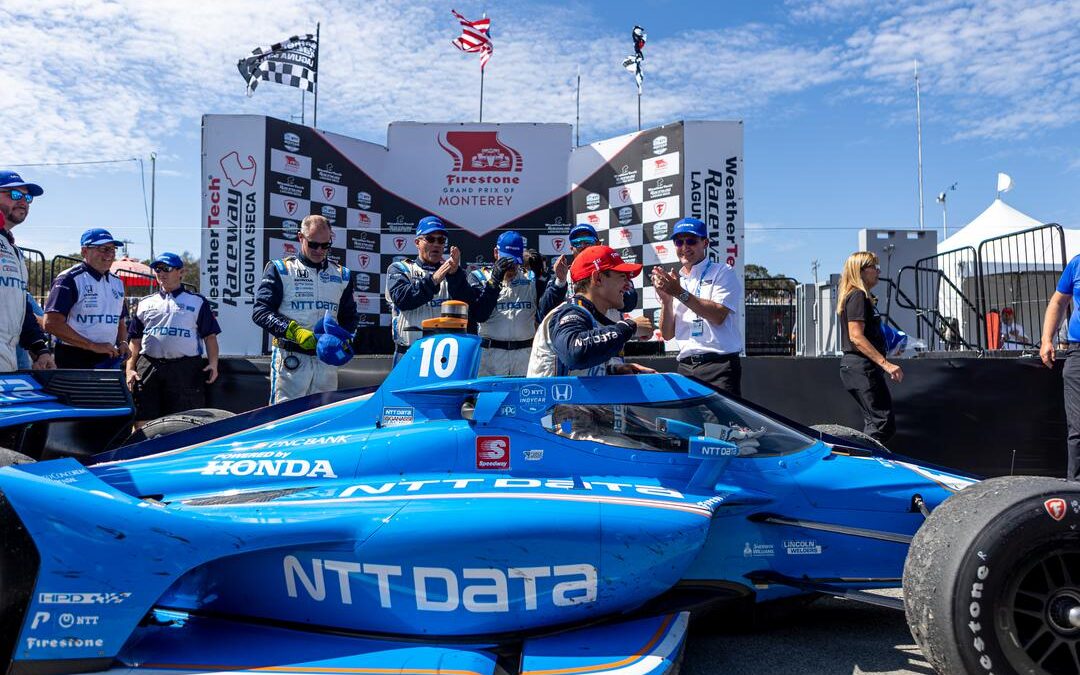 NTT DATA announced on Sunday that after ten years with the team they have entered their partnership with Chip Ganassi Racing.

The news means that Ganassi will be looking for a new primary sponsor for Alex Palou and the No.10 Honda for the 2023 NTT IndyCar Series season.

The partnership began in 2013 with Ryan Briscoe at the 97th Indianapolis 500 driving the No.8 NTT DATA Honda.

NTT DATA became the primary sponsor to Tony Kanaan in the No.10 NTT DATA Chevrolet in 2015 where he scored a third place finish in St Petersburg and a second place at Auto Club Speedway.

In 2016, they scored a second place finish with Tony Kanaan in Road America.

In 2017, NTT DATA expanded their partnership to include primary sponsorship of Scott Dixon in the No.9 NTT DATA Honda winning at Road America.

The partnership capped off a fantastic time together with victory in the 2022 NTT IndyCar Series season-ending Firestone Grand Prix of Monterey with Alex Palou in the No.10 NTT DATA Honda.

As we wave the checkered flag on our 10-year partnership with @CGRTeams, we appreciate the successes—including the 2021 NTT @INDYCAR SERIES championship—and the everlasting memories and friendships. pic.twitter.com/Aq3ju3U5HH