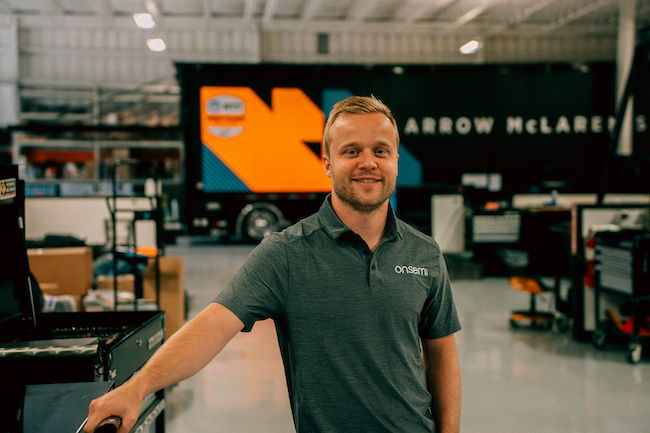 Arrow McLaren SP announced on Wednesday that Onsemi will serve as the primary sponsor to Felix Rosenqvist’s No.6 Chevrolet for selected races during the 2023 NTT IndyCar Series season.

“We’re delighted that onsemi will be joining us to lead the identity of Felix’s race car in 2023. This partnership is crucial to our team, with onsemi’s technology ingrained in the Arrow McLaren SP race cars.

“Like McLaren, onsemi is determined to make a positive impact beyond its sector, making this a transformational union of brands both on and off the racetrack. We look forward to a successful partnership and joining forces in pursuit of the IndyCar Championship together.”

“Our partnership with Arrow McLaren SP along with Felix behind the wheel, is a prime opportunity to reinforce onsemi’s commitment to automotive safety and efficiency, while demonstrating our superior power management and hyper-performance capabilities.

”Over the years, not only has racing focused on producing the fastest and best performance for the racing teams, it has also been a catalyst for disruptive, breakthrough technologies in safety and efficiency – many of which have made their way into the consumer market. This platform will enable us to push the next generation of advancements in sustainable automotive solutions and boost consumer adoption.”

In other Arrow McLaren SP-related news, Felix Rosenqvist’s new team-mate and driver of the No.7 Arrow McLaren SP Chevrolet Alexander Rossi had his seat-fitting today with the team tweeting: