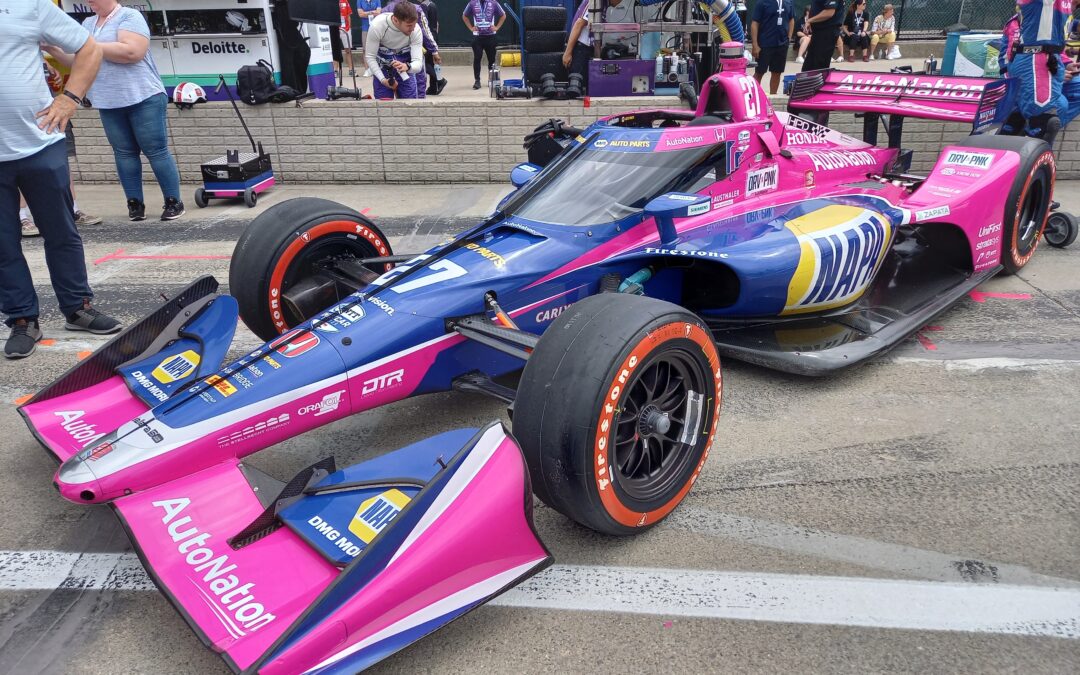 Andretti Autosport’s Alexander Rossi in the No.27 NAPA Auto Parts AutoNation Honda says that the team’s recent results at the Indianapolis 500 and his second-finish last weekend in Detroit have been a real morale boost for the entire Andretti Autosport organization as a team.

Speaking to Paddock Eye following qualifying where he set a pole time of 01:44.8656s Rossi said that the results recently have helped the team but that they haven’t won anything yet and he is hoping to put that right in the race on Sunday.

Rossi went on to say:

“Three years removed from my last pole, so I hope I remember what to do tomorrow. It’s been an amazing weekend for the whole team and the No. 27 guys have just been on it lately. It’s really really cool to come back to Road America where we’ve had a lot of success in the past. We have a big job ahead of us tomorrow, but the cars been spot on all weekend, so hopefully, we can go out and execute and bring this whole journey full circle from three years ago.”

Colton Herta in the No.26 Gainbridge Honda starts the race from fifth place with a time of 1:45.5388s and speaking following the action he said:

“We missed it a little bit in the (Firestone) Fast Six, otherwise we were really good. I was really happy with the balance on the Firestone (Alternate) Reds. We only missed it a tiny bit in the Fast Six, but we were close. I am happy with fifth and we will have to see what comes for the race.”

Romain Grosjean in the No.28 UniFirst DHL Honda starts the race from seventh following a time of 1:45.1543s and speaking following the action he said:

“It was a hell of a lap. Obviously, the tires weren’t quite up to temperature, and I tried everything I could but just missed it by a tenth which was very impressive. We were dealing with a technical issue, so we just need to make sure that we understand it and don’t get it in the future. Seventh is a good place to start the race. The conditions are not easy and change every day. The track changed a bit from the first and second run, but I was up there. Thanks to my teammates – I kind of copied a setup after FP2 as we got a bit lost with engineering and got it back together and it worked.”

Devlin DeFransceco starts the race from 21st place in the No.29 Andretti Steinbrenner Autosport Honda following a qualifying time of 1:46.0785s and speaking following the action he said:

“Generally a tough day for us. We were on the transfer window on blacks and then ran out of fuel. It is just something we need to look at internally and regroup. Overall, the No. 29 PowerTap Andretti Steinbrenner Honda is good. We have work to do tomorrow.”