Our Results Don’t Reflect The Progress We Have Made 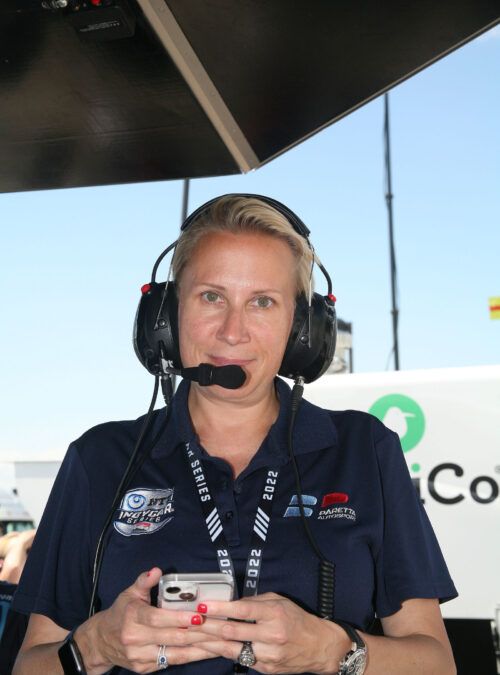 Beth Paretta, owner and Team Principal of the Paretta Autosport NTT IndyCar Series team says that the team’s results in recent races don’t reflect the progress the team has made over the course of 2022.

Speaking to Paddock Eye on Tuesday afternoon, Paretta said that a problem during one of their pit-stops in Mid-Ohio hampered their progress while Simona De Silvestro was caught up in the big accident at their last race, the Big Machine Music City Grand Prix on the streets of Nashville.

Paretta confirmed to Paddock Eye that the team had always intended to run four races this season, it was just finding the right time to make the announcement.

Paretta Autosport are working in partnership with Ed Carpenter Racing which Paretta says has been invaluable in enabling the team and Simona get up to speed given the limited testing available to teams.

Paretta’s plans aligned with Ed Carpenter as he was looking to expand to three cars. Paretta revealed that most of the crew members working on Carpenter’s oval programme for the No.33 are part-time and only work race weekend’s and during the week they have regular jobs.

It was a case of finding the right balance for the crew members who were working alongside the Paretta crew as they had to arrange annual leave days, Beth explains.

When it comes to her expectations for the season-ending Firestone Grand Prix of Monterey at WeatherTech Raceway Laguna Seca in a couple of weeks, Paretta says she wants Simona De Silvestro to build on the teams momentum and to get a race distance under her belt not just for her but also the crew too.

Paretta revealed that the team will announce another new primary sponsor for the season-ending Firestone Grand Prix of Monterey at WeatherTech Raceway Laguna Seca in the coming days.

As for what the future holds the team will be back next season with all of their partners returning for 2023.

In relation to entering the NTT IndyCar Series as a team, Paretta said that in order to make it work it is important to partner up with an existing team and she gave Mike Shank and Meyer Shank Racing as an example of what can be achieved when you team up with a team like Andretti.