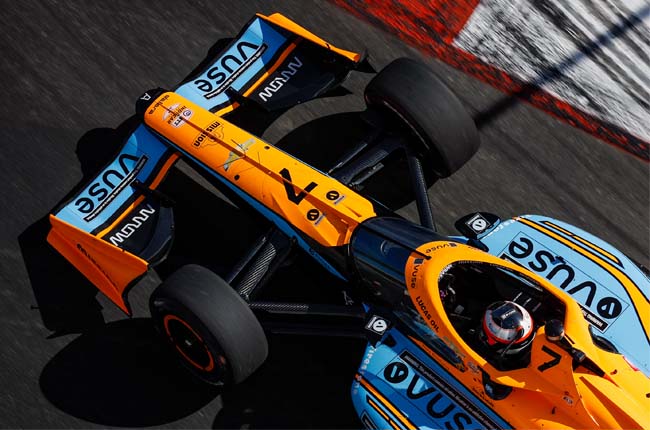 “I love Barber. It’s one of my favorite racetracks because it’s a very high commitment track. I’ve always said it’s one of the most beautiful and well taken care of facilities I’ve ever been too. It’s always a great turnout; I also heard it’s going to be a sold-out event on Sunday so I’m sure it’s going to be a great event for everyone to watch and for us to entertain. Looking forward to continuing on the momentum we have built and getting some great points for our championship.”

Felix Rosenqvist in the No.7 Vuse Arrow McLaren SP Chevrolet is looking forward to the race this weekend saying:

“It’s good to be going back to a proper road course, Barber, it’s the first one this year. It’s a great track; it’s a cool, physical, and mental challenge. It’s always a great joy to drive that track. I think as a team both Pato and I, and everyone working on the cars, are ready to have a solid result. We are looking forward to getting some good points to get the season going.

“We’ve got the Indy Grand Prix of Alabama at Barber Motorsports Park coming up this weekend. Beautiful facility, one of the best on the schedule. It’s a motorcycle track at heart, so it’s very tight, only a few passing zones available, but we’ve had some success there in the past. Pato was on the pole there last year and we made a call in the race that ended up not being the right one; finished fourth with him but I feel like we’ve got a good chance this year.