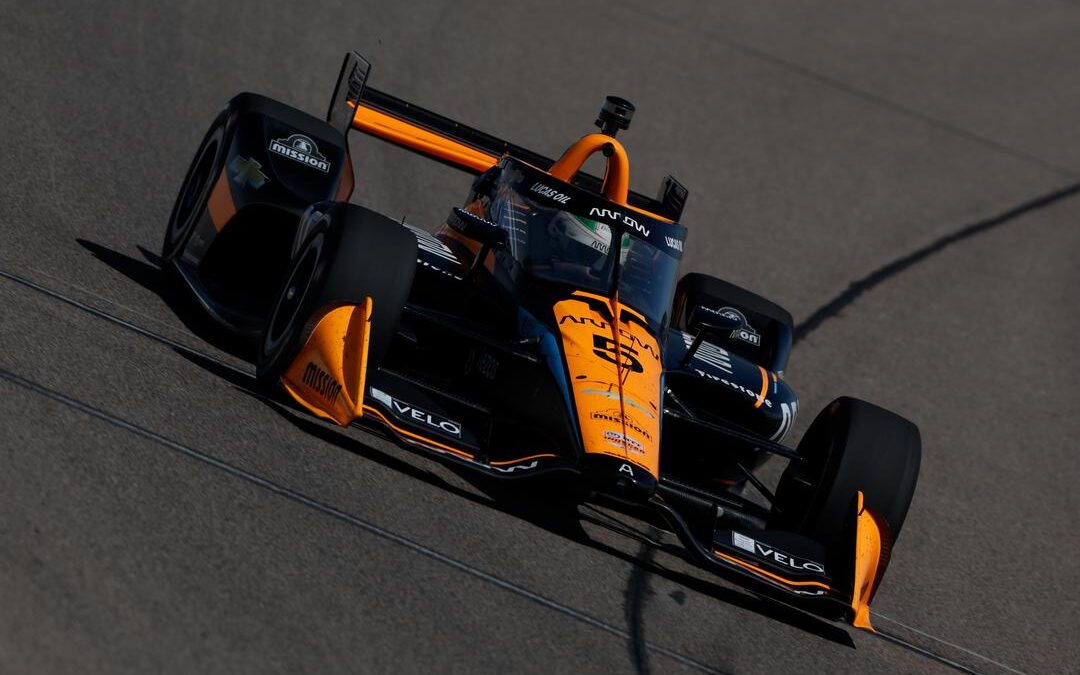 Arrow McLaren SP’s Pato O’Ward in the No.5 Arrow McLaren SP Chevrolet was fifth during Friday’s practice at Iowa Speedway where he set a fastest speed of 172.687MPH.

“It was a hot day for us, but a good practice. We got everything we needed from our running plan and we have some good data to analyze for tomorrow. We’ll be going into qualifying for both races and then straight to race one tomorrow, so everybody is in the same boat in terms of the challenge ahead, but I think we’re in good shape.

Felix Rosenqvist in the No.7 Arrow McLaren SP Chevrolet commented after finishing the session in 12th place and speaking following the action he said:

We tried different directions across both cars today, which gives us plenty of data to look at overnight. I thought we looked pretty good on the long run, but maybe had a bit to find in the qualifying runs. Because this is an impound race, where the cars have to stay the same between quali and the race, we need to find something that works for both sessions. We’ll look at the data from the other car and try to find a good balance ahead of tomorrow.”

“A good day for us, we certainly got through a lot. We came here with two completely different setups, trying to maximize the track time and understand the direction we needed to go after we tested here a month ago. We’ve got a lot of good data today and both cars are quick, which is nice, so we’ll decide overnight which direction we want to go. The next couple of days will be very intense with qualifying and the races, there’s a lot on the line but I think we’re in a good spot.”