O’Ward Off To A Strong Start In Detroit 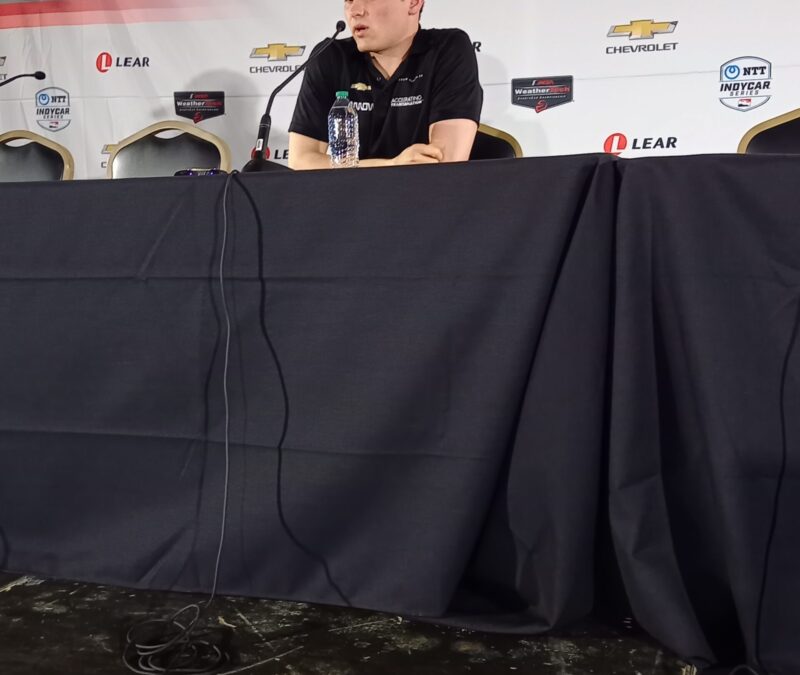 Arrow McLaren SP’s Pato O’Ward was quick out of the gate on Friday, the opening day of track action at the Detroit Belle Isle Grand Prix as he set a fastest time of 01:16.1556s and speaking following the action he commented saying:

“Really solid start here at the Chevrolet Detroit Grand Prix; we rolled off the truck pretty strong, and the car is in the window. I think we just need to tweak the No. 5 Arrow McLaren Chevrolet a bit and see what the track progresses to for Practice 2 and qualifying but I think we’re in good shape.”

Felix Rosenqvist crashed early in the session and ended the day in 26th place with a time of 01:21.6946s and speaking following the action he said:

“I just lost the car going into Turn 1. I brought too much speed and it was too early in the session, tire temps weren’t really there yet. It was a stupid mistake to be honest. I think we will be fine but it’s a shame. The No. 7 Vuse Arrow McLaren SP Chevrolet team will get everything fixed and we will be ready for tomorrow.”

Unfortunate start for Felix to begin the weekend like that. Not quite sure what happened yet, but we will look into it. It looked minimal. No concerns on getting him back tomorrow.

“It was a good session for Pato, and he was happy with the car balance. The car was really good out of the box. Kudos to the No. 5 Arrow McLaren SP team for putting us in a position to compete right away. P2 at the end of that session, and it looked like Kirkwood beat us with a new set of tires. Nothing to be concerned about and off to a good start to the weekend on one end and have some work to do on the other. The cars are good and we are in the window