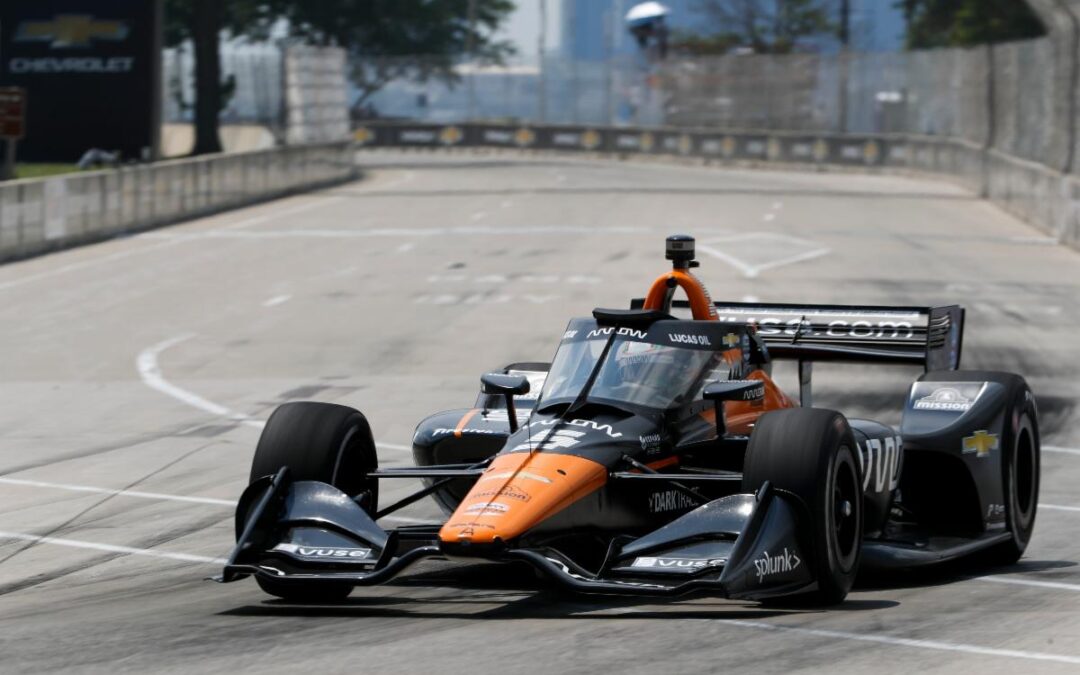 Arrow McLaren SP’s Pato O’Ward in the No.5 Arrow Chevrolet heads into the 2021 NTT IndyCar Series season-ending Acura Grand Prix of Long Beach this weekend still in the running to win the championship. The Mexican is 35 points behind championship leader Alex Palou in the No.10 NTT DATA Chip Ganassi Racing Honda.

The Mexican will win the championship if he claims the NTT P1 Award and wins the race on Sunday and Palou finishes the 85 lap race in eleventh place or lower.

Speaking ahead of the race this weekend, O’Ward said:

“We are still alive in the championship, and a lot of things can fall our way. “I’m going for the win in Long Beach, whatever it takes. I think our street course package is probably one of our stronger packages in terms of road courses, street courses, ovals, short ovals. I think I’m pretty handy around a street course, so hopefully I can pull off something good.

Arrow McLaren SP has had a breakthrough season with Pato O’Ward having scored two victories and three pole positions:

We’re here as underdogs. “It’s the first time we truly challenged for a championship of this magnitude, with this amount of competitiveness. I think it’s been a fantastic year. I’m very proud of what we’ve been able to accomplish. Really proud of how we’ve grown. But we’re not there yet. We need to keep pushing and we need to keep improving.

This weekend’s race in Long Beach is Chevrolet’s 165th entered since their return to IndyCar competition as a manufacturer in 2012 and speaking ahead of the race, Chevrolet NTT IndyCar Series Program Manager Rob Buckner said:

“Chevrolet enters the final race of the NTT INDYCAR SERIES season with the same objective and resolve it entered 2021 with — to provide the best support possible to our teams and drivers and see a race car with the Bowtie take the checkered flag. “It’s been a challenging season in many regards for everybody but rewarding, too.
“We’re looking forward to watching the one of Chevy’s newest talents Pato O’Ward tackle the Long Beach street circuit in the No. 5 Arrow McLaren SP Chevrolet and Josef Newgarden wheel his No. 2 Hitachi Team Penske Chevrolet as they both charge for the win and hopefully either Pato’s first or Josef’s third championship.”

“I’m so proud of the No. 2 car team and everyone with Chevy and Hitachi — just a little short. “Little bit tough, but we’ll go to Long Beach and try to get another win before the offseason.”

Scott McLaughlin in the No.3 PPG Team Penske Chevrolet is looking to wrap up the 2021 NTT IndyCar Series Rookie Of The Year Award and speaking about Scott’s year, Buckner said:

Scott has made a difficult transition with incredible determination. He has challenged himself all season. It will be an exciting to see his hard work rewarded.