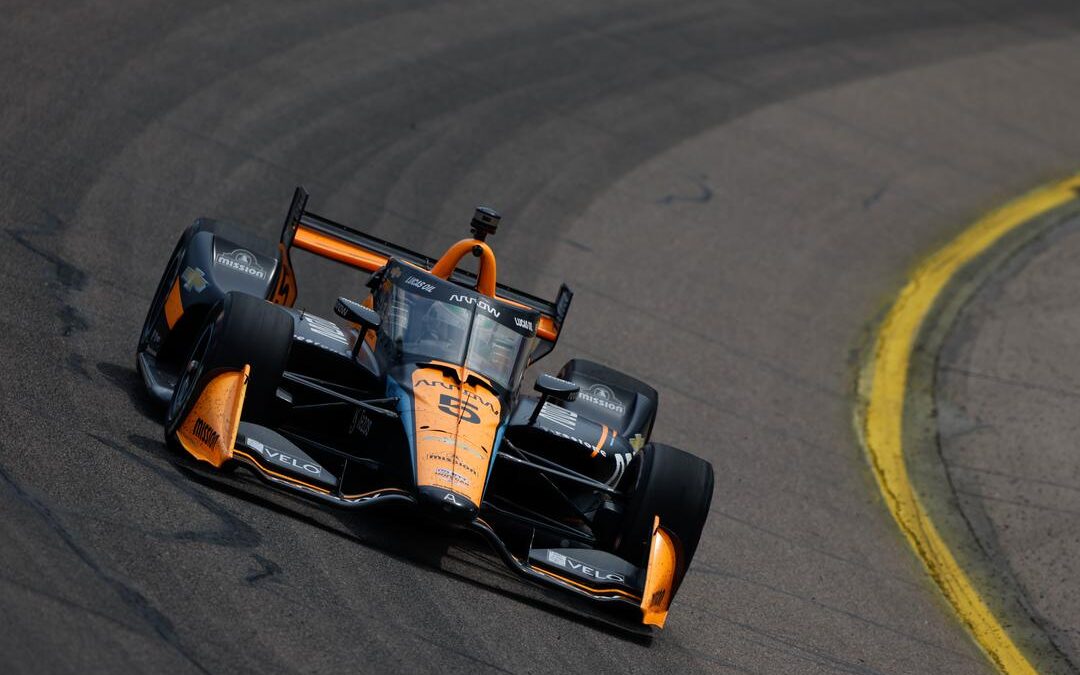 Arrow McLaren SP’s Pato O’Ward in the No.5 Arrow McLaren SP Chevrolet took victory in Sunday’s Hy-Vee Salute To Farmers 300 presented by Google on Sunday as he made up six spots.

Six-time series champion Scott Dixon in the No.9 PNC Bank Chip Ganassi Racing Honda did what he does best coming through the field from 18th in the grid to finish in fourth place.

The drive of the day belonged to Jimmie Johnson in the No.48 American Legion Chip Ganassi Racing Honda as he scored his best IndyCar career finish with fifth place just ahead of his team-mate Marcus Ericsson in the No.8 Huski Chocolate Honda.

Felix Rosenqvist was seventh just ahead of David Malukas and Romain Grosjean while Takuma Sato in the No.51 Nurtec ODT Honda rounded out the top ten for Dale Coyne Racing with RWR.

Callum Ilott in the No.77 Juncos Hollinger Racing Chevrolet had another great race as he came home in P11 just ahead of Colton Herta and Alex Palou.

Graham Rahal was P14 just ahead of Devlin DeFrancesco and Conor Daly who ped home his team owner Ed Carpenter and Alexander Rossi while Rinus VeeKay was 19th.

Jack Harvey in the No.45 Hy-Vee Honda rounded out the top twenty for Rahal Letterman Lanigan Racing just ahead of Helio Castroneves and Dalton Kellett.

Simon Pagenaud was 23rd while Josef Newgarden who dominated the race today after winning on Saturday had a dramatic crash following a mechanical failure to retire from the lead of the race.

Kyle Kirkwood was 24th just ahead of Christian Lundgaard who rounded out the order. Next up is the return to the Indianapolis Motor Speedway road course for next weekend’s Gallagher Grand Prix of Indianapolis.