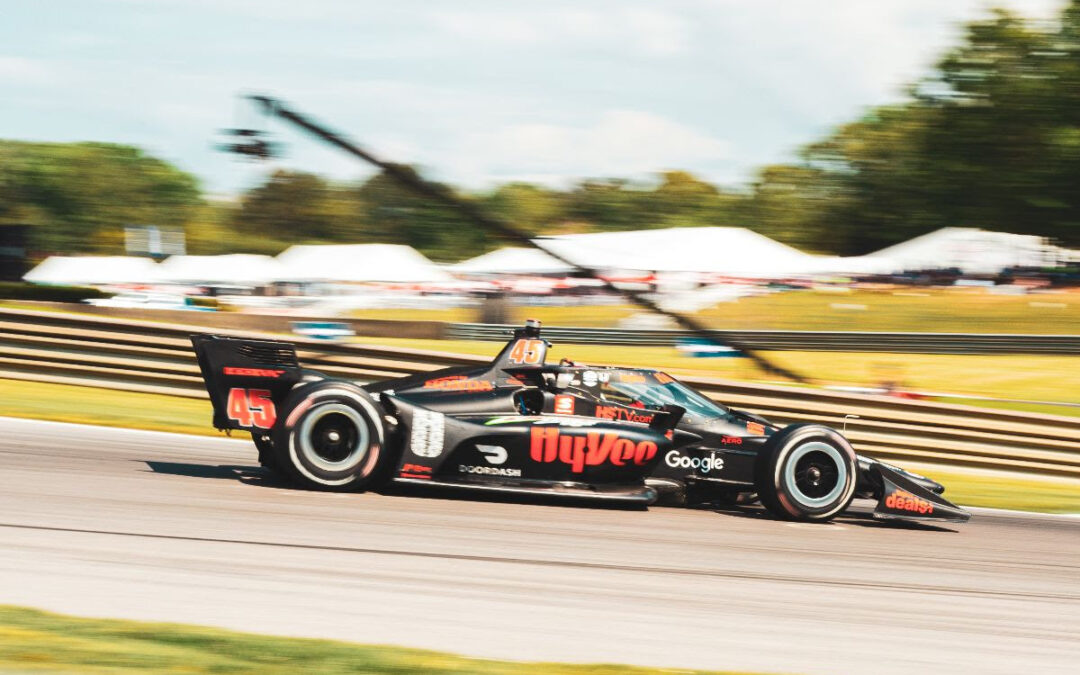 Rahal Letterman Lanigan Racing’s Jack Harvey in the No.45 Hy-Vee Honda ended the opening day of track action at Barber Motorsports Park on Friday ahead of Sunday’s Honda Indy Grand Prix of Alabama presented by AmFirst as he ended the day in P11 and speaking following the action he said:

That was a good first session here at Barber, I think the #45 Hy-Vee Honda to get started not to shabby there. We know the clear direction of what we are trying to improve on later on for the rest of the weekend, hopefully make those good changes overnight and be even more competitive tomorrow. But yeah I think that’s a pretty decent start for the session.

Christian Lundgaard was 15th fastest with a time of 01:07.4004s and speaking following the action he said;

P1 (Practice 1) down here in Barber Motorsports Park, the first track I’ve ever driven in INDYCAR, and it’s great to be back. I think we’ve got some work to do. It’s the first road course of the season, we’re motivated so I’m sure we will get there. We’ve got three strong drivers so of course we will work together and get stuff done. But the first initial thought was it wasn’t great. I think we were lagging a bit out there, we tried a few changes but it didn’t seem to work so we’ve got some work to do for tomorrow but I’m convinced we will get there.

“It’s great to be here, the fans have always been tremendous. While this may not be considered INDYCAR country, they show that there is a lot of support, and we definitely appreciate that. Camping looks great, hopefully mother nature is going to be nice to us this weekend. It was a pretty frustrating day out there, the car is just not to my liking at all. We just have to put our heads down and figure this thing out tonight. It was not responsive for anything I wanted today. It didn’t rotate very well, it didn’t corner well on the high-speed it was a little too loose. It was a very strange sensation, one of the strangest feeling cars I’ve ever driven.