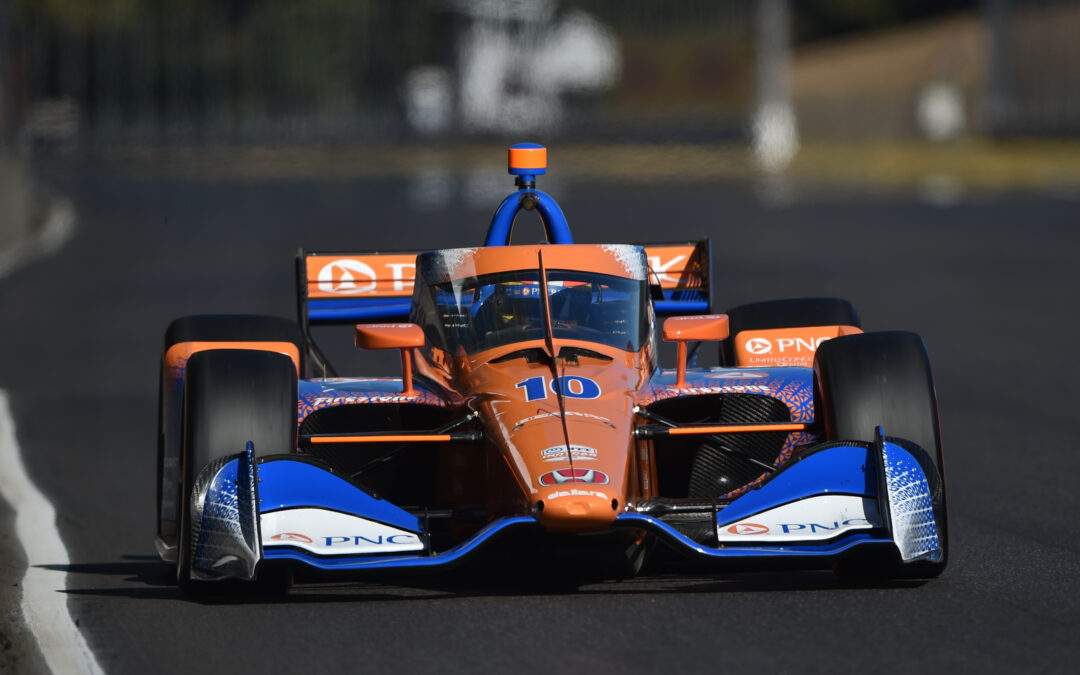 Chip Ganassi Racing’s Alex Palou in the No.10 PNC Bank Honda took his third race win of the season at Portland on Sunday despite being sent to the back of the pack following a first turn incident on lap 1 with his teammate and defending champion Scott Dixon.

Palou now takes a 25 point lead to Laguna Seca next weekend having come home ahead of Alexander Rossi who claimed his first podium of the season in second in the No.27 NAPA Auto Parts Honda.

Scott Dixon in the No.9 PNC Bank Honda lost ground in the championship and heads to Laguna 49 points out from the lead after being tagged by former teammate Felix Rosenqvist and being penalised.

The Iceman recovered to finish in third place just ahead of Meyer Shank Racing’s Jack Harvey in the No.60 AutoNation Sirius XM Honda.

Josef Newgarden was fifth in the No.2 Hitachi Team Penske Chevrolet just ahead of Felix Rosenqvist and Marcus Ericsson while Colton Herta was eighth just ahead of Scott McLaughlin while Graham Rahal rounded out the top ten in the No.15 TOTAL Honda.

Ed Jones was 11th having run up front all day just ahead of Takuma Sato and Will Power while Pato O’Ward had a nightmare race coming home in 14th just ahead of Ryan Hunter-Reay and Conor Daly.

Rinus VeeKay was 17th just ahead of Sebastien Bourdais and Max Chilton while Jimmie Johnson was 20th.

Simon Pagenaud was 21st just ahead of Romain Grosjean and Helio Castroneves while Oliver Askew was 24th just ahead of Callum Ilott and Dalton Kellett while James Hinchcliffe was 27th having retired following contact with Grosjean.