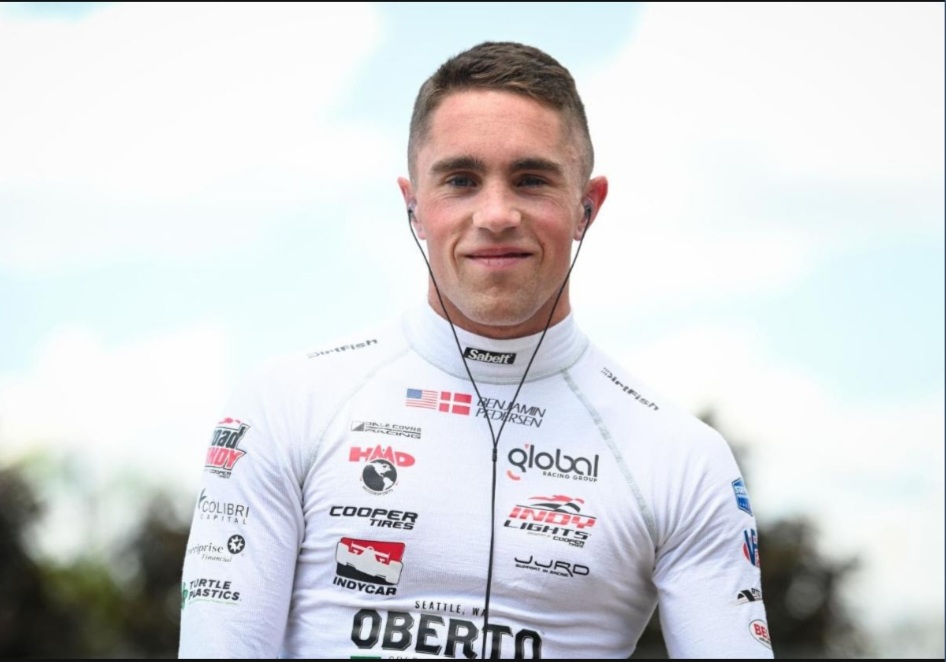 Speaking about the news, Pedersen, who is currently P3 in the Indy Lights presented by Cooper Tires championship said:

“I’ve been waiting and learning for my first NTT INDYCAR SERIES test and it’s finally here. “I’ve heard that the car is amazing to drive and that the transition from Indy Lights to INDYCAR is very natural. Having done many laps at Sebring for Indy Lights testing makes the day even better as it’s a track I’m familiar with!”

We are excited to work with Benjamin next week in his first NTT INDYCAR SERIES test. “Benjamin has had a solid run in Indy Lights the past year and a half, so we are looking forward to seeing what he can do in the NTT INDYCAR SERIES. For the past 14 years we have worked with many drivers from the Road to Indy and have taken them to the next level of their careers. We are thrilled for this opportunity to work with such a talented driver like Benjamin and are confident he will have no problem transitioning into the car.”