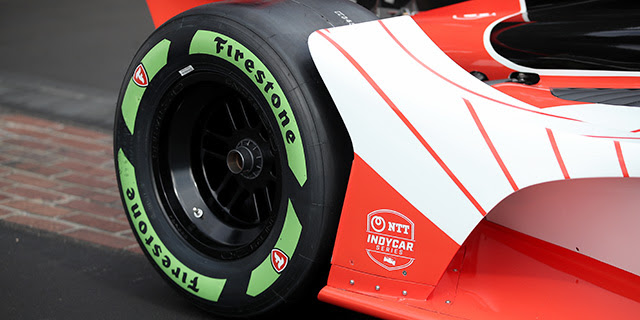 In partnership with tire supplier Firestone, a new greener tire alternate tire will be introduced for the pit-stop challenge on Carb Day.

The Firestone Firehawk guayule race tire will be used for the first-time during Miller Lite Carb Day’s INDYCAR Pit Stop Challenge and will make its competition debut as the alternate race tire in August at the Big Machine Music City Grand Prix. It is partially composed of a new sustainable natural rubber derived from the guayule shrub, which requires less reharvesting than traditional sources of rubber.

“It will take partnership and collaboration to combat the impacts of global climate change, and we are proud to partner with Penske, INDYCAR and IMS to advance the future of sustainable mobility. “The introduction of guayule natural rubber to America’s preeminent open-wheel racing series speaks to the confidence we have in the technology and its promise as a scalable, sustainable and domestic raw material.”

“We’re working every day to make sure Indiana is a leader when it comes to renewable energy solutions. “I can’t think of a better way to show our commitment to cleaner energy than by putting it on display during the largest sporting event in the world.”

“At Shell, we aim to provide more and cleaner energy solutions in a responsible manner – in a way that balances short- and long-term interests. “We are very pleased to be a part of Penske Entertainment Corp.’s efforts in increasing the sustainability of motorsports and the off-track potential it also enables.”

Other initiatives of note during the Month of May include:

Alongside work with Firestone on expanded use of the guayule natural rubber, INDYCAR also announced today that starting with the Chevrolet Detroit Grand Prix presented by Lear in June, all 26 NTT INDYCAR SERIES cars will be transported by trucks that are fueled by renewable diesel, which significantly reduces travel-related emissions.

“The NTT INDYCAR SERIES and its partners are continually evaluating ways to lower our footprint and create a more sustainable future. “We’re looking forward to using renewable diesel in our transporters beginning in June and expect to have several more important initiatives to unveil in the near future.” 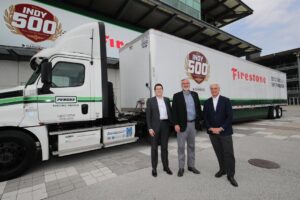 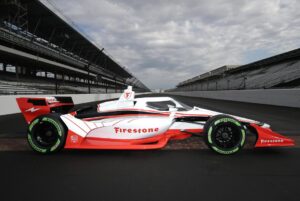 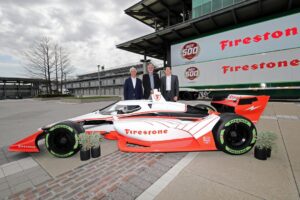 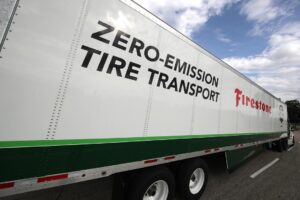 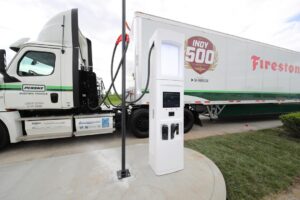