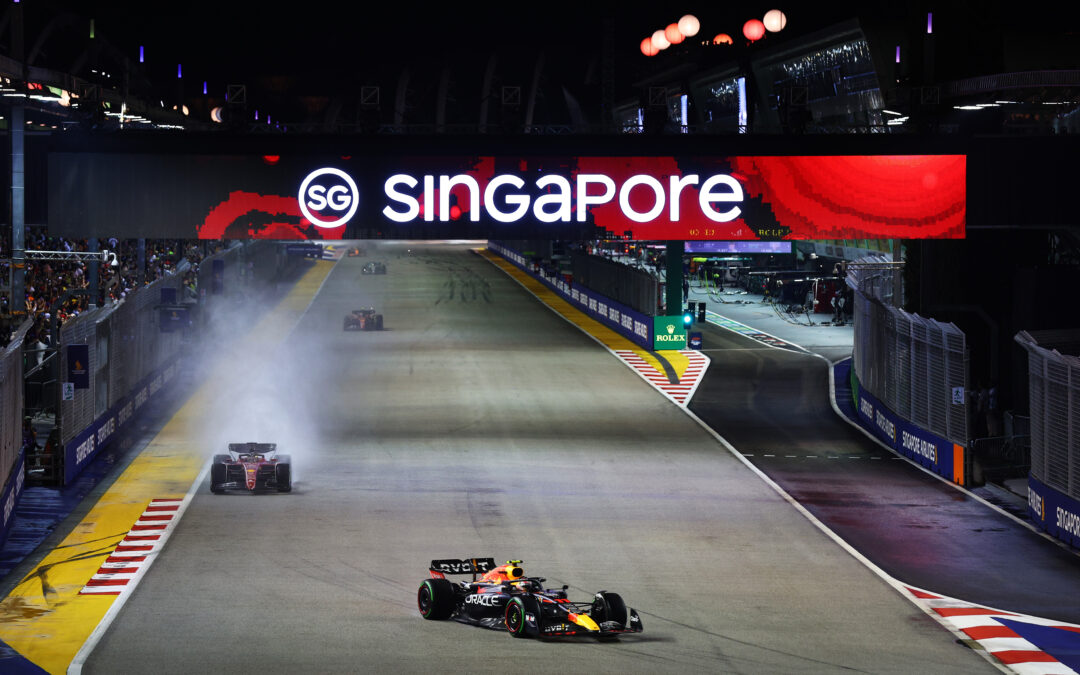 Oracle Red Bull Racing’s Sergio Perez could lose his Singapore Grand Prix victory for breaching safety car protocols during Sunday’s race. The team has been summoned to the stewards following the race.

The race start was delayed due to horrendous wet weather conditions at the track as Formula One returned to the track for the first time since 2019.

Lando Norris was fourth just ahead of Daniel Ricciardo and Lance Stroll. Sebastian Vettel finished the race in seventh just ahead of Max Verstappen while Lewis Hamilton was ninth. Pierre Gasly rounded out the top ten.

Valtteri Bottas was 11th just ahead of the Haas pairing of Kevin Magnussen and Mick Schumacher while George Russell rounded out the order in 14th.