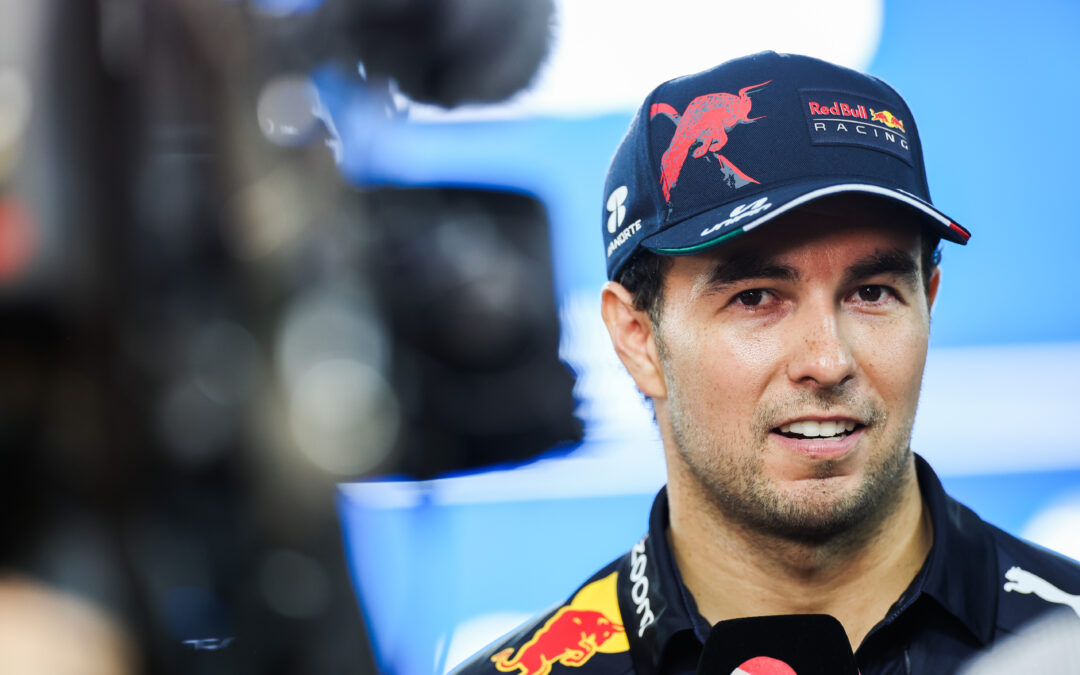 Despite the time penalty, the Mexican driver who started the race in third place kept the victory having finished the race more than 5s ahead of second-placed Charles Leclerc while Carlos Sainz completed the podium for Ferrari.

“I am so happy to get this victory for me and my Team, it means a lot to me. I haven’t been on the podium the last couple of races but I was always working under the radar and making big noises behind the scenes, so I am super proud of the performance today. Mentally it was tough and you had to stay alert for the whole race. It was super tricky in the conditions out there today and people underestimate how difficult it is to drive in those, going through the final sector was so hard. There was a bit of miscommunication with the safety car I think, he was going really fast in places where I couldn’t keep up with him and then slowing where I could go fast. We were driving on slicks in the wet trying to keep the temperature and that is difficult. When they told me I was under investigation I just pushed like qualifying for 15 laps to get as big a gap as possible to Charles.”

Max Verstappen was unable to wrap up the championship today so his next opportunity will come next weekend in Japan and speaking after coming home in seventh and speaking following the action he said:

“First of all, well done to Checo today, he put in a great performance. From my side it was a frustrating weekend. The race didn’t start off well, I had an anti-stall so I lost a lot of positions at the start. From there onwards, I got myself back into a reasonable position after switching to slicks, but when I wanted to go for the move on Lando I braked and I hit a big bump and bottomed out and locked up. I boxed for new tyres as I had a massive flat spot so I had to start all over again from the back. It’s tough to pass people on this track, especially when we’ve all got our tyres up to temperature, so I was stuck for a while. It was good to get a few points but that’s not what we are here for, time to focus on to Japan.”