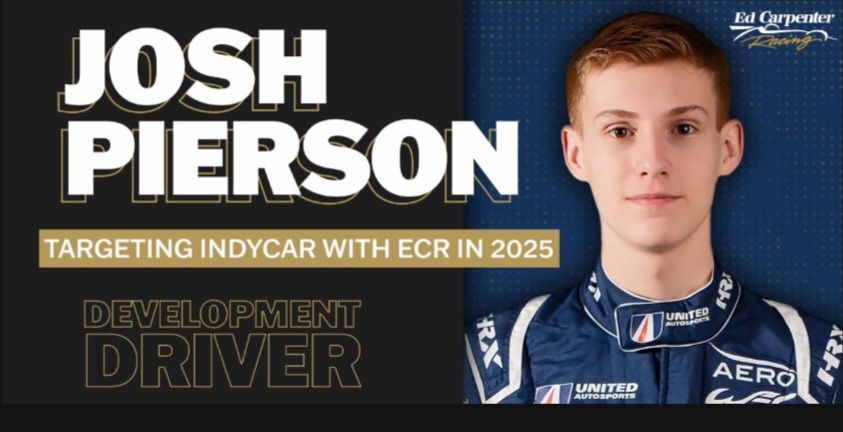 Ed Carpenter Racing announced on Tuesday that jthwy have signed 16 year old Oregon-native Josh Pierson as their first development driver with a view to him competing in the NTT IndyCar Series in 2025.

“I have truly enjoyed getting to know Josh Pierson and his family. For such a young man, he has already accomplished so much in his racing career. Along with that, he is such a well-spoken and professional person. “I am confident with the plan that we have in place that he will develop into a complete racing driver. We very much look forward to working with him as we finalize his path to the NTT INDYCAR SERIES starting in 2025.”

ECR also confirmed today that Ed Carpenter will continue to pilot a third IndyCar in the four oval races during 2023 including the Indianapolis 500.