Portland The Highlight Of My Season 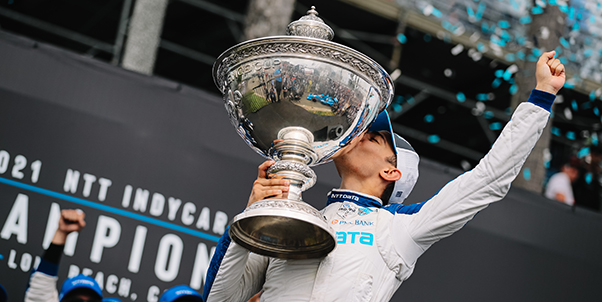 Newly-crowned NTT IndyCar Series champion Alex Palou in the No.10 NTT DATA Honda says that Portland was definitely the highlight of his season.

The Spaniard who claimed three victories in 2021, his first season with Chip Ganassi Racing came from the back after a penalty to claim victory in that race which he says helped him win the title.

I think the best moment from this year has to be Portland. I think it was a tough race for us. We started on pole. We were shuffled at the back. We had to overtake some really fast cars on track. We made that win that we needed to win the championship.

I think that is probably the best memory.

Palou went on to say:

“Dream completed. Let’s get another one now.”

Ladies and gentlemen, you’re seeing a young man that’s going to set a lot of records in this business, and he’s already starting. What a great year we’ve had. I’ve got to be honest with you: It has surprised us when he came in the door and the job he’s done. My hat’s off. Congratulations