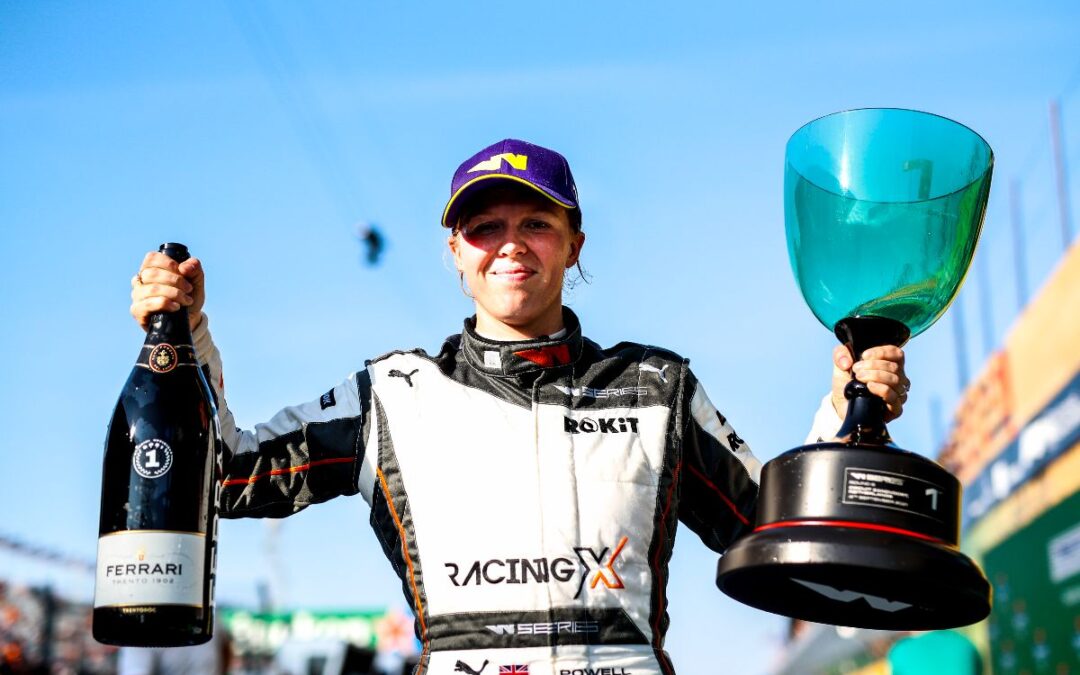 Racing X’s Alice Powell took her third victory of the season as the W Series raced in Zandvoort, the Netherlands on Saturday. The English driver started the race from second on the grid and made a great getaway to get ahead of Ecurie W’s Emma Kimilainen who started the race from pole position.

Speaking following the race as she is now equal on points with Jamie Chadwick she said:

“I’m so happy with that victory. It was a good move to get past Emma [Kimiläinen] – I was quite pleased with that one. It’s the business end of season so I knew I had to move forward, and I knew I had the pace to do that because of what happened in qualifying when Emma just pipped us. It was a great job by the team today, so thanks to them for all their help. Hopefully there are more wins to come for me this season. I’m level on points with Jamie [Chadwick] now and the plan is the same as it’s been all season – I’ll just try to be consistent. It will be a hard fight with Jamie and Emma for the rest of the year and the gaps between the field are closing at every race, so you can’t rule out more people joining the battle at the front.”

Veloce Racing’s Jamie Chadwick came home in second place having started the race from third place and speaking following the action she said:

“That was a difficult race. Alice [Powell], Emma [Kimiläinen] and I all got a similar start and, after the first few laps, the three of us just went clear. I’m not sure what happened to Emma, but I managed to get past her. I couldn’t close up to Alice, so there was no opportunity to overtake her for the lead. It’s another solid result and good points for me in the title race, but I would have liked the win.”

Emma Kimilainen, who started the race from pole position finished the race in third, and speaking following the race she said:

“We just didn’t get it quite right with the car today. That’s how it is in this sport sometimes, we gambled a bit with the setup and my team still did an amazing job. I was able to keep third place despite a lot of pressure from behind, so I’m happy with my performance overall and proud that I was able to settle the car down. A podium is a good result and it’s more important points for me this season.” 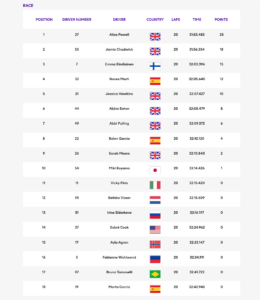