Power Jumps To The Front Of The Championship 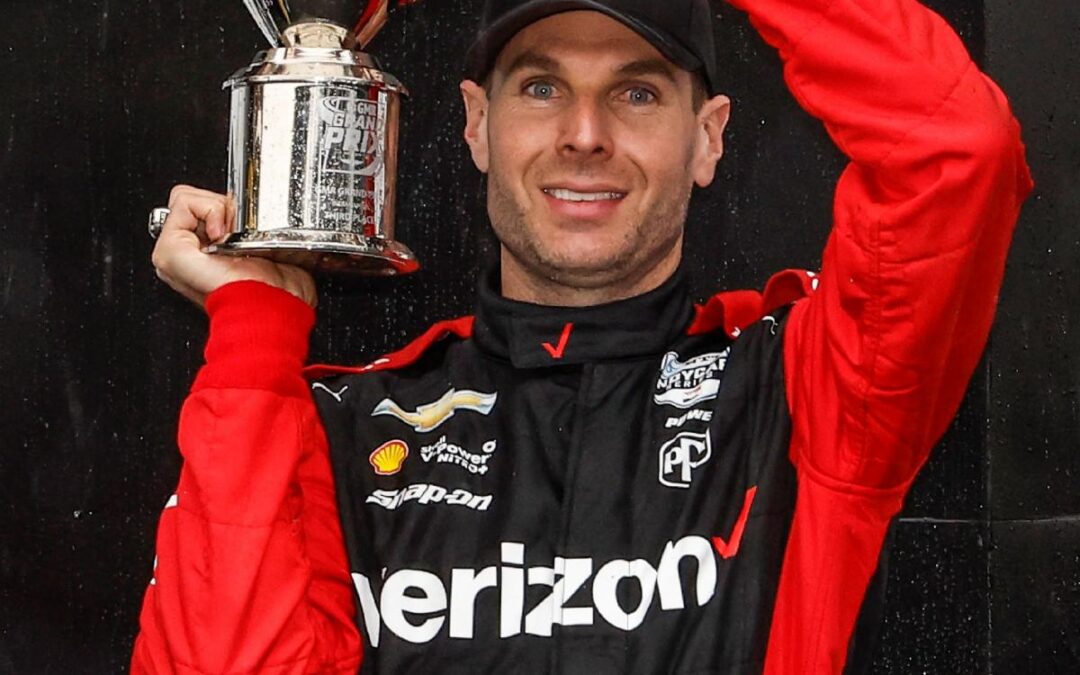 Team Penske’s Will Power in the No.12 Verizon 5G Chevrolet has taken the lead in the NTT IndyCar Series championship following his third-place finish in Saturday’s dramatic GMR Grand Prix of Indianapolis on the Indy road course.

Power, who started the race from the pole finished the race in third place and heads into the Indianapolis 500 leading the championship by 14 points from Alex Palou.

Cars were dropping like flies! It was such a hard choice on whether to get the slicks, which could have been the best strategy out there – or go for the wets. It’s so crazy, this place. When you look around, it can be completely raining on the frontstretch and you go around to the back and it’s completely dry. It was really anyone’s guess at what was going to happen. We got to the point where it was too wet, we were going to get caught out and we needed to take wets. I’ve had races here where we’ve been waiting and waiting and waiting for it to rain, and it just doesn’t rain. The cell just stops there. There must be some kind of vortex in the Speedway here that just doesn’t allow weather!

Scott McLaughlin in the No.3 Snap-On Chevrolet started the race from 11th and came home in 20th place and speaking following the action he commented saying:

We were just on slick tires at the wrong time. Pretty gutted for everyone on the Snap-on car, we came from 11th, showed some pace and led some laps. I felt like we were in position, but its Indianapolis, it’s the month of May and have to expect everything. We’ll keep working as a team and we’ll press on.

It was a tough day for Josef Newgarden who started the race from third place and came home in 25th place and speaking following the action he said:

Tough day on the No. 2. Got cleared out on the first lap and felt like we were fighting an issue pretty much the whole race. It was a very up and down day. The race went from rain to slick to back to rains. It was a long day and ended up getting in a scuffle with a couple more cars and got turned around which just made the day even longer. Really proud of our team and PPG for our they do for us.