Power On Pole For Both Iowa Races 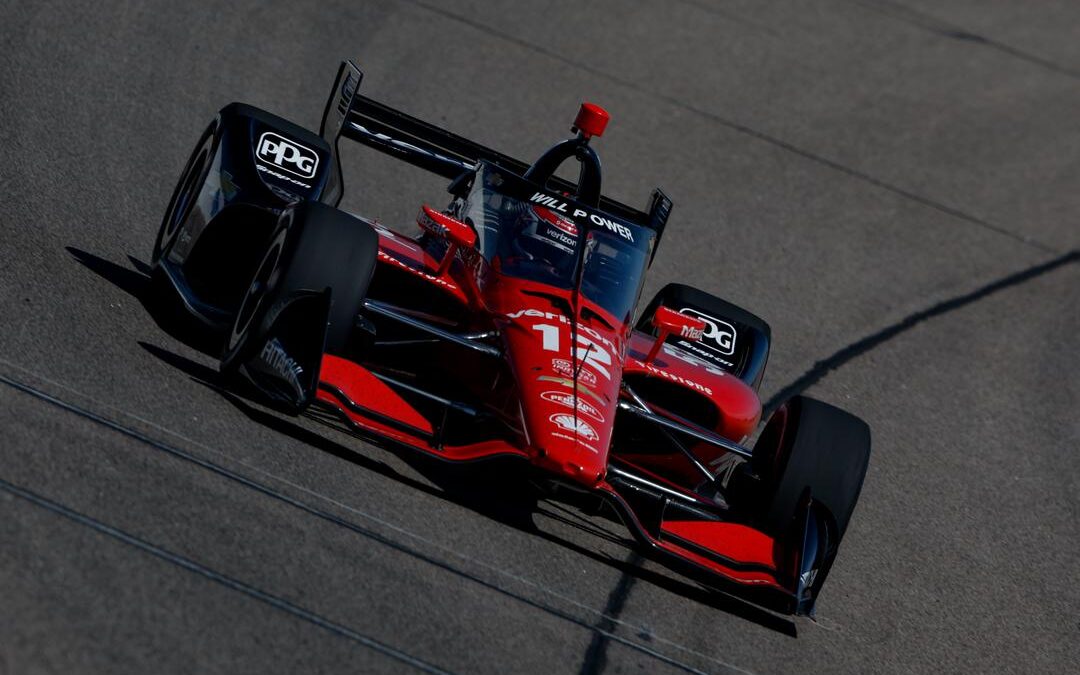 Team Penske’s Will Power in the No.12 Verizon 5G Chevrolet took pole for both races of the Iowa double header weekend to move within one pole of Mario Andretti’s record. Power set a fastest speed of 178.199mph and starts the HyVeedeals.com250 presented by DoorDash from pole while his second lap of 178.013mph gave him pole fohr race 2 on Sunday.

Speaking to Paddock Eye following qualifying, Power said that getting through traffic is going to be crucial and that he expects that they will be in traffic within 15 laps of the race.

Pato O’Ward in the No.5 Arrow McLaren SP Chevrolet starts the race from P4 while for race 2 he starts from P8.

Jack Harvey starts race one in the No.45 Hy-Vee Rahal Letterman Lanigan Racing Honda from P7 while he starts race 2 on Sunday from P6.

Rinus VeeKay in No.21 Bitcoin Racing Ed Carpenter Racing Chevrolet starts race one from eighth place while in race 2 on Sunday he rolls off from ninth place.

Takuma Sato in the No.51 Deloitte Dale Coyne Racing with RWR Honda starts the opening race from ninth while in race 2 he rolls off from P5.

Romain Grosjean in the No.28 DHL Andretti Autosport Honda rounds out the top ten for race one while for race 2 he starts from P11.

Felix Rosenqvist rolls off P10 and P11 respectively in the No.7 Arrow McLaren SP Chevrolet while championship leader Marcus Ericsson in the No.8 Huski Chocolate Chip Ganassi Racing Honda rolls from P12 in race one and P15 for race 2.

Scott Dixon in the No.9 PNC Bank Chip Ganassi Racing Honda will roll off from P13 on Saturday and P18 on Sunday following a disappointing qualifying session for the Iceman.

Graham Rahal starts race 1 from P16 and starts race 2 from P23. Colton Herta starts race one from P17 while for race 2 he will start P12 due to an engine penalty moving every driver behind him up a spot.

Ed Carpenter starts his first race since the Indianapolis 500 from 23rd and starts race 2 from P19. Kyle Kirkwood starts 24th for AJ Foyt Racing while for race 2 he rolls off from P20.

Helio Castroneves starts race one from P25 and race 2 from 24th place. Dalton Kellett rounds out the grid for both races.