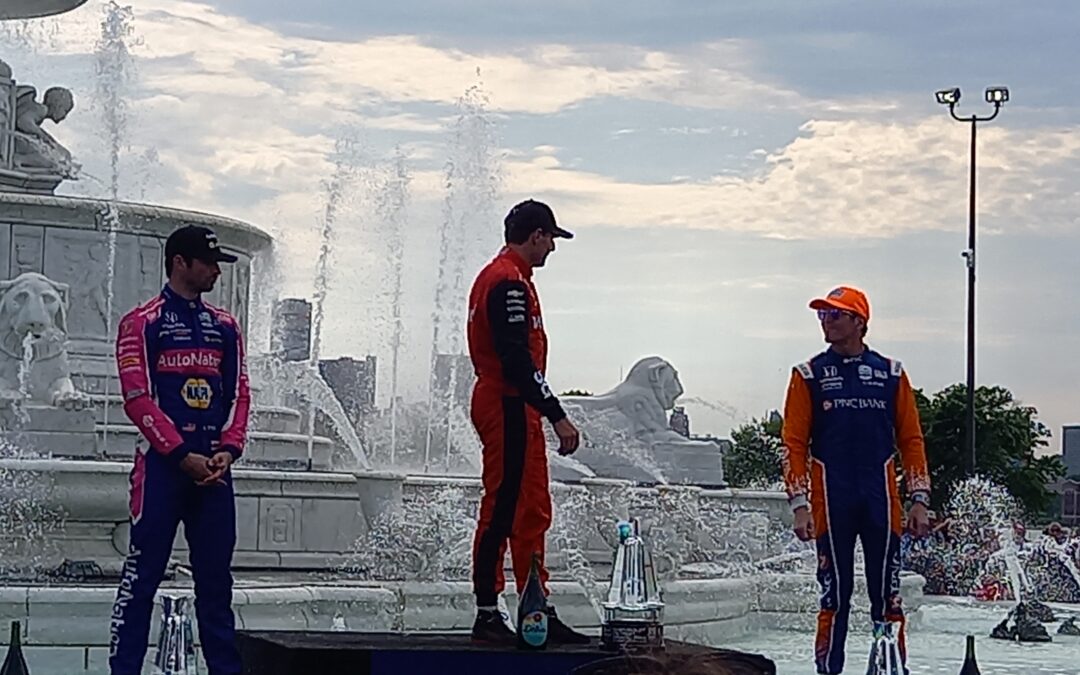 Power dominated the latter stages of the race to hold off a fast charging Alexander Rossi in the No.27 NAPA AutoNation Honda.

Scott Dixon in the No.9 PNC Bank Chip Ganassi Racing Honda was third and says he hopes that the momentum continues. Speaking to Paddock Eye in Detroit, the Iceman said that he hopes it brings the team momentum going forward.

Pole-sitter Josef Newgarden finished the race in fourth place just ahead of Pato O’Ward and Alex Palou in the No.10 NTT DATA Honda.

Marcus Ericsson was seventh ahead of Colton Herta and Simon Pagenaud while Felix Rosenqvist rounded out the top ten.

David Malukas had a great race coming home in P11 just ahead of Conor Daly and Takuma Sato.

Christian Lundgaard was 14th just ahead of his team-mate Jack Harvey and Rinus VeeKay.

Romain Grosjean was 17th just ahead of Devlin DeFrancesco and Scott McLaughlin.

Dalton Kellett was 20th just ahead of Santino Ferrucci and Jimmie Johnson while Tatiana Calderon was 23rd just ahead of Kyle Kirkwood who had a great race running up front most race before a mechanical issue saw him slip down the order.

Graham Rahal and Helio Castroneves retired from the race. Next up for the NTT IndyCar Series is Road America next weekend.