Premature End To Testing Due To Surface Issue 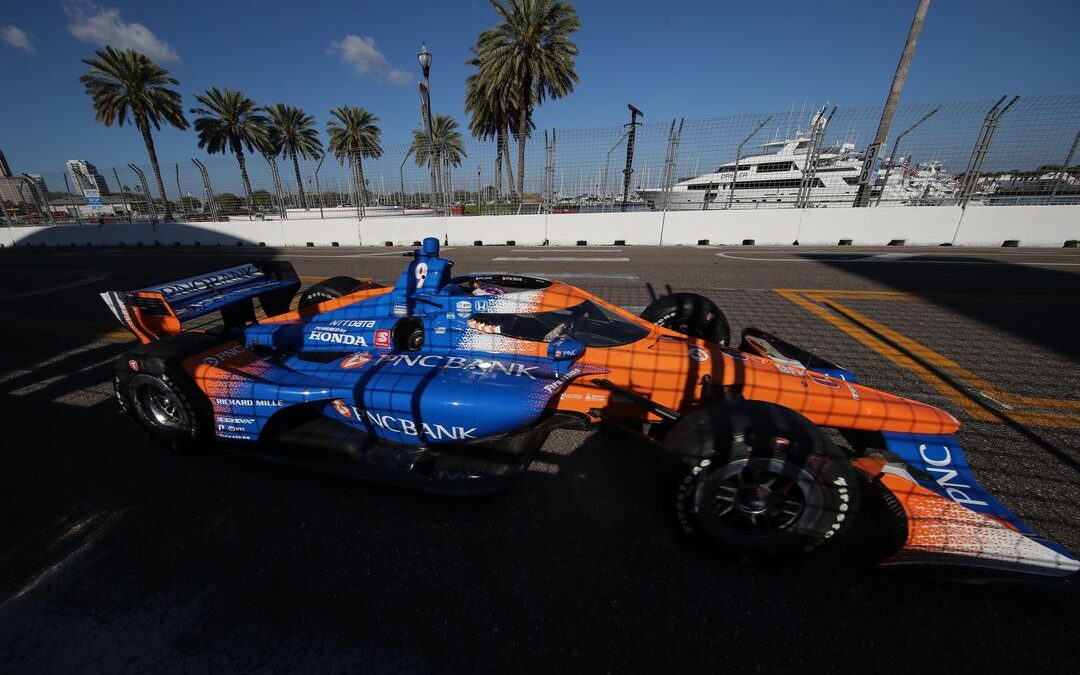 Wednesday’s test at the Indianapolis Motor Speedway has ended early due to three drivers spinning on the pit apron with Will Power, Helio Castroneves and Alexander Rossi all having issues with spins as they came off pit-road.

The Indianapolis Motor Speedway introduced a sealer however, it is not clear what the problem was with race director Kyle Novak, Team Penske President Tim Cindric and President of IndyCar Jay Frye all heading onto the track to see what the issue is.

The action got off to a late start due to poor weather in Speedway. Scott Dixon was the fastest with a speed of 227.187MPH in the No.9 PNC Bank Chip Ganassi Racing Honda.

Conor Daly was second with a 226.985MPH for Ed Carpenter Racing while rookie Callum Ilott was third fastest for Juncos Hollinger Racing having successfully completed ROP with a speed of 226.308MPH.

Alexander Rossi set the sixth-fastest time despite his spin early in the session with a speed of 225.212MPH while defending Indianapolis 500 winner Helio Castroneves was seventh however his Meyer Shank Racing team will have a lot of work to do to repair his car after the four-time 500 winner crashed heavily.

JR Hildebrand had a great session for AJ Foyt Racing ending the day in eighth place overall with a speed of 225.105MPH.

Pato O’Ward in the No.5 Arrow McLaren SP Chevrolet was 16th with a speed of 223.207MPH just ahead of Team Penske’s Scott McLaughlin in the No.3 Pennzoil Chevrolet who set a 222.242MPH.

Felix Rosenqvist was 18th in the No.7 Vuse Arrow McLaren SP Chevrolet with a speed of 221.893MPH just ahead of Will Power in the No.12 Verizon 5G Team Penske Chevrolet who said that he was just happy that he avoided hitting Colton Herta after spinning on the apron of pit-road.

Ed Carpenter was 20th just ahead of Jack Harvey while Tony Kanaan was 22nd on his return to the cockpit for what is expected to be his only race this season. TK set a speed of 220.332MPH in the No.1 American Legion Chip Ganassi Racing Honda.

Graham Rahal was 23rd for Rahal Letterman Lanigan Racing just ahead of Josef Newgarden in the No.2 Shell Rewards Chevrolet while Jimmie Johnson in the No.48 Carvana Chip Ganassi Racing Honda was 25th fastest with a speed of 218.785MPH.