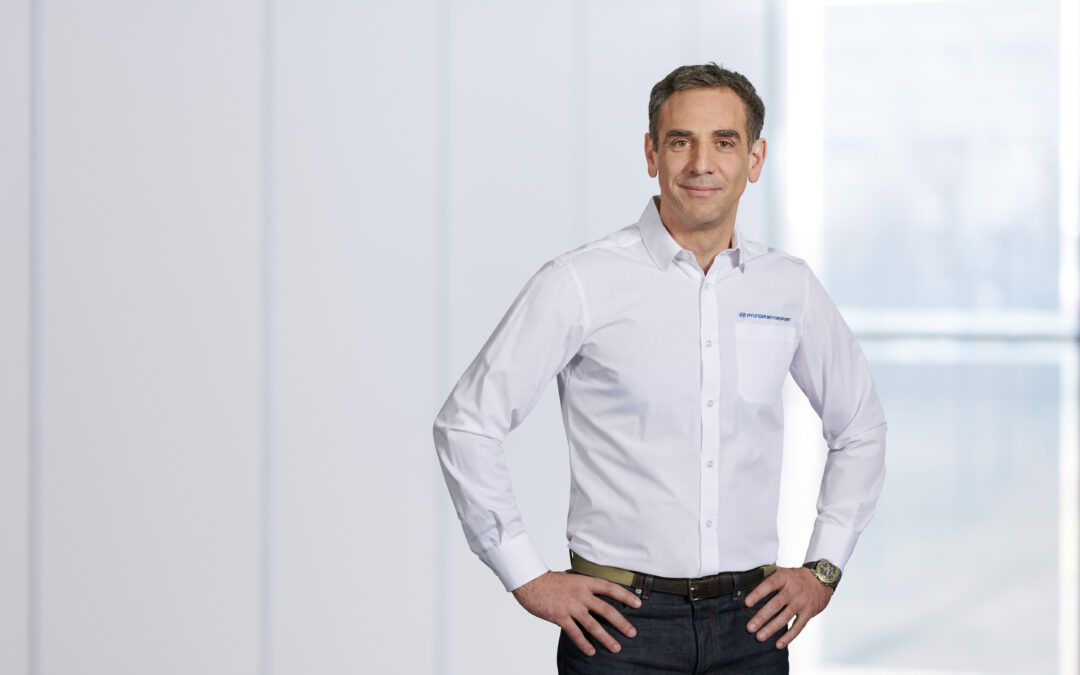 Looking ahead to the new chapter in his motorsport career, Abiteboul took part in a Q+A.

Cyril, why have you joined Hyundai Motorsport?

Hyundai is the most innovative and fastest-growing manufacturer among the top global brands. Long before we entered discussions with one another, I was very impressed with what the company has been achieving, so I was invested in this role from the start. I think it is well known that after 15 years working in motorsport, I stopped for different reasons. Although I needed to take a bit of distance from the automotive and motorsport industries, the appetite for the thrill of motorsport remained very strong in my blood. I had mutual connections with Hyundai Motorsport and I knew they were looking for a new Team Principal. I made contact with them and we found there was a good fit between what Hyundai and I were looking for. There was a natural willingness to go further, but it was only a few weeks ago that it came together. It is still all very new, and I still need to learn a lot, but I am very excited by the challenge. I think the Hyundai brand has been greatly enhanced through its motorsport activities, and it is now my responsibility to continue and further this growth.

Speaking of challenges, what will be the biggest you will face entering a completely different motorsport discipline?

I’m approaching this like all the others I’ve been through in my life; with lots of humility, but I am excited and patient about what can and needs to be done. In contrast to where I have been previously, where I had to build up a team, this one does not need to be built. It is established, it functions, and it is capable of delivering extremely good results. The challenge will be more within myself with the learning I need to go through, and quickly. There is not only an expectation but also an obligation to deliver. That is what lies ahead but I am up for it. To a certain degree, I can see the targets, processes and attention to detail are very similar; the relentless dedication to work and to consider the short, medium and long term at the same time. On the other hand, I can also see that this is totally different to what I have experienced before.

Do you have previous experience of rallying?

From a professional perspective, this will be my first foray into rallying, but I have been an observer of the series over the years. In motorsport when you work in one category, you need to be so focused and become extremely specialised so by virtue of what I was doing, I was specialised in Formula One. Now I need to do the same in rally, which will take time, but I am very enthusiastic about the DNA and heritage of the sport. There are great brands, great drivers, great liveries and great stories which have been written in WRC and I am looking forward to being a part of that. I like the idea of coming back into motorsport but in a different discipline, in a new ground and for a new brand. This role ticked so many boxes of what I was expecting, and a mutual connection put me in touch with President Sean Kim. I think it was a partnership made in heaven.

I don’t think anyone would be surprised to learn that we are targeting both championship titles in WRC. The team has previously won the manufacturers’ crown twice, but never the drivers’ title. Both tell a different story, yet they are equally important. The team won five rallies last year, and the goal is to improve on that. Again, I am taking that with humility; I can’t say how many we will win this season as I am still new to the world of rally. First I need to understand the lay of the land, and then determine the contribution I can make.

This will be Hyundai Motorsports tenth year in WRC; Thierry Neuville and Dani Sordo have been part of this team since the first. How important is that stability?

It is hugely important to be able to count on them as extremely experienced drivers but also as true members of this Hyundai family. They have been here since almost day one – which is also true of other members of the team, who joined when the team was first established. I have been through the process of building a team and I know how valuable this experience is in hard times and when you are pushing to improve. Motorsport is about small marginal gains, and you can only make them if you are able to look back in history and see what worked and what didn’t. Their knowledge and insight will be hugely important, in particular to me because I am new. But it is equally vital to have drivers like Esapekka and Craig who have their experiences too; that’s going to help me an awful lot.

Some say rallying is an adventure; how excited are you about this?

I like that – to a degree, Formula One is travelling the world but it is static. You stay in the paddock. I like this idea of the adventure, I think it is all about engagement and from a narrative and marketing perspective, being one with nature and elements is really appealing to me. WRC is so much more relevant to the world of today, which I see in the number of changes to make the car more sustainable and so on. This connection to the elements, with the landscape in which we are, and with all the challenges that are associated with it, I am super excited about the future.

If you had to define success for the team in 2023, what would it be?

The only way to measure success in motorsport is through wins, both rally wins and championship titles. I would love to be experience that. Frankly speaking, my contribution this year will be only marginal, let’s state that in advance. The team is established, the Hyundai i20 N Rally1 Hybrid is already designed and built, so I can’t claim any contribution to what this car can do, but I would still like to be able to live through those positive moments with the team. This way we can also build as a group for the other challenges that will come in the years ahead. It is history in the making for Hyundai in motorsport; they are already a well-established player, but one that needs to look forward, to show that there are long-term plans. I would like to be able to look back on this year and say we’ve got a plan for the future; for the future generation of drivers, engineers, mechanics and other talents that we need to constantly attract, develop and retain. Motorsport is a place where talent makes a difference, and I would like to explore how I can build upon that here at Hyundai Motorsport.

Everyone is very busy preparing for the season, we are only a few days away from the first event, so I didn’t want to take too much of people’s time during my short visit. I met as many member of the team as possible. Every time I meet a new face, I am trying to understand their personal journey. That is what is fascinating about motorsport: the team of individuals. If you want your team to perform, you need to understand where they have come from and where they want to go. Instead of meeting everyone at the same time, I am trying to meet people individually. I’ve also done this with the drivers. We have an excellent line-up of very experienced talents, and I’m excited to meet more people in the coming weeks.

What was your impressions of the facilities at Alzenau?

The place has huge potential. Frankly speaking, it was bigger than I expected. Walking through it, even though it is a large building, I already understand it is short on space. The difference to my previous experience in Formula One is that there you build, you use, and then you throw away. Here we need to keep everything from the different generations, which is interesting but does pose some challenges. I was impressed with the facilities during my brief time there and I think the team has what it needs to perform under these regulations. I enjoyed seeing the engine dynos and the machine shop, and then to see the workshops working to a world championship standard. But it is not just in terms of equipment where I see the potential; it’s also the people and the talent in Alzenau. I’m looking forward to contribute to this team in my own way. The fact that we at the factory can utilise Hyundai’s powerful global research and development capabilities is a huge asset; I believe they are among the best in the world. I think this connection will allow Hyundai Motorsport to showcase even more diverse technologies on the world stage in the future.