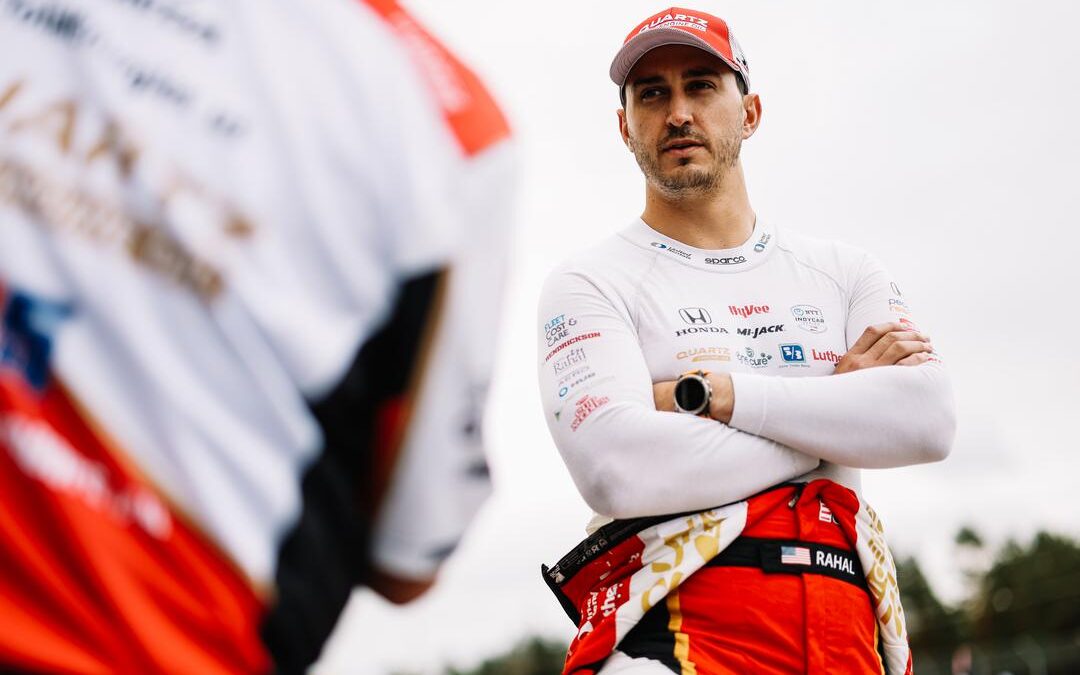 “I thought we were pretty solid at the test. We still have some work to do on the balance of the car but it felt like we worked through a ton of different things and were pretty competitive so, that being said, we’ll see how different the track is when we get there this week. We’ve been okay at Laguna; solid. We were fourth there last year, but Laguna is temperamental year-to-year. Its all based on tire degradation and everything else. We will definitely be pushing to get the United Rentals car on the podium. It’s the last race of the year and we’re obviously aiming to get a win. We’ve got a great group of people and we’ve got a winning mentality. We’ve just got to come together this off season and improve in every area. The last race is the start of a lot of work. We’ll take a couple of weeks to get away from racing and clear our minds then come back together and work on ways to improve. But first, we’ve got this last big push.

Christian Lundgaard was having another great race weekend at the previous race in Portland after qualifying fourth, starting third and taking over second place on the start.

A couple of issues in the pits and an off-track excursion while eighth dropped him to a 21st place finish but he is determined to end the season on a high and add the knowledge gained over the Portland weekend to the data collected in a test at Laguna on August 29.

Although his lead reduced from +11 to +5 on fellow rookie David Malukas, he is focused on having another strong weekend. Speaking ahead of the race this weekend, Lundgaard said:

“I would say that Graham for sure had more pace than we did at the Laguna test. But I think that the car characteristics we started off with in Portland were very similar. As the weekend started, we progressed through the sessions and qualified up at the top so we now have more knowledge for Laguna so I think the weekend itself will be good. David (Malukas) seemed to be quite strong there so we need to be on the top of our game and make sure we stay ahead of absolutely every move and tools they have. The track itself is awesome. It’s extremely low grip, which sort of caught me out. We were testing the limits in absolutely every corner and going off and finding the limits. The track is awesome itself; it’s the right place to hold the finale.”

Jack Harvey has raced at Laguna Seca two times. His best start and finish came in 2021 with a 20th place start and 15th place finish.

He took a road trip from Portland to the Monterey peninsula to see the sights along the way and is looking forward to his third race at the track after the recent test here.

Speaking ahead of the race this weekend, Harvey in the No.45 Hy-Vee Honda commented saying:

“Laguna Seca is a bucket list track for everybody. The corkscrew is so famous; everyone talks about that. I just enjoy driving the track. I’m really excited for when they repave it because right now it’s pretty low grip. I thought the test was fairly productive. I feel like we made some good progress throughout the day and think we ended in a good spot coming back for the race. With it being the season finale, for us there is no pressure since we aren’t fighting for the title or a specific rank but you’re always fighting for a good result. We’ll just go out there and enjoy the weekend and the possibility of having a great one. Laguna is a great place, I love being in Monterey. Its fair to say the season clearly hasn’t gone how we hoped it would. However, any opportunity to get a good result is one we’re going to go for. I think people underplay that a good result can lead us into the off season in a good direction.”