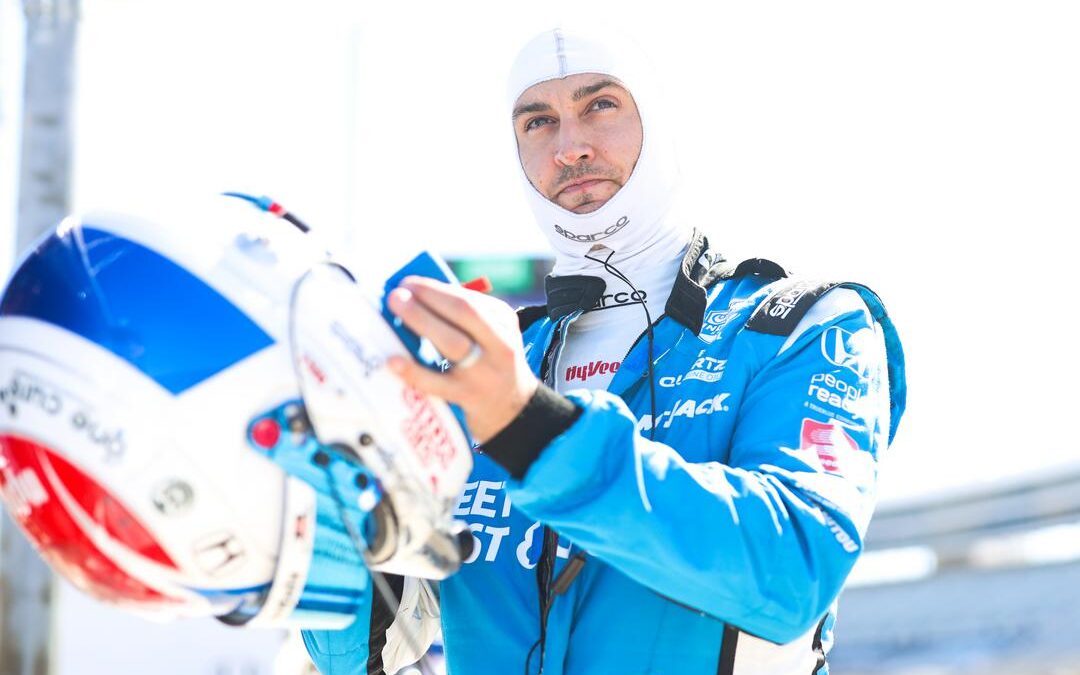 Rahal Letterman Lanigan Racing’s Graham Rahal in the No.15 Total Quartz Honda says he hopes that the team can compete for victory in this weekend’s Acura Grand Prix of Long Beach where, 30 years ago, team co-owner and his dad Bobby took victory.

Long Beach is a huge race weekend for us. Outside of the Indy 500. Long Beach is likely the second largest race of the entire season. There is a lot of history, 40+ years there. It’s always a beautiful place to race. INDYCAR racing and the Long Beach Grand Prix is a huge part of the fabric of Southern California and particularly that city. We’re excited to go. It’s become a second home race for me because my wife being from 20 minutes or so down the road. A lot of family and a lot of friends go to the race and I’m hoping for a great result. We’ve been very competitive there in recent times, we’ve been able to get up front. Last year in particular, the car was very fast, we just got a little bit unlucky in the race. We’re obviously going to try to get the Quartz machine up front and try to find a way to win this thing. I have been close, I’ve finish on the podium in second a bunch of years ago. It would be nice to finally get a Rahal in Victory Lane out there in Long Beach.
“Historically we have done well there and particularly over the last three-to-four years. We’ve finished in the top five consecutively. And then last year we were quite quick but got caught out with an unlucky yellow. That does happen unfortunately on the street courses when you get caught out like that and you do cycle towards the back of the field. There’s not much you can do. We do expect to have a very competitive car though. In fact, the set up that we’ll go there with is very similar to what we would have raced there at the end of last year. Expectations are high. Belief that we can go win is definitely there. We’ve been close many times as a family, my dad finished second there several times (four), I finished second there but a Rahal has never won though so it would definitely be on the Bucket List of family things to do, to win Long Beach so hopefully we can get it done.”

Christian Lundgaard in the No.30 Shield Cleansers Honda will make his Long Beach race debut having heard plenty about the track and speaking ahead of the race this weekend he said:

“I’m looking forward for Long Beach. I’ve heard a lot of great things about Long Beach and have done plenty of laps in the sim here at home. It’s about preparing as much as possible and getting as much feedback prior to the event as possible. I have done so much work but, you know it’s all going to pay off at some point, I’m sure. I’m looking forward to get to Long Beach. I’m sure it’s going to be a good weekend. All my experience I gained from St. Pete is obviously something I want to bring forward for the rest of the season. I think finally getting to drive the Indy car around the street circuit at St. Pete helped me massively for the rest of the season. The progress we made throughout the weekend – the first practice I think we were P25 out of 27 cars isn’t where we want to be but I’m happy with the progress we made throughout the weekend. We started slow and ended up being quite quick and competitive in the race and I think this is what we need to do for the season. Going into Long Beach now, that experience has helped me to prepare even better. I’m pretty stoked for a new event, a new track, a new experience to gain so let’s see what it brings.”

Jack Harvey returns to the cockpit of the No.45 Hy-Vee after missing the XPEL 375 at Texas Motor Speedway last time out.

“I’m really excited for Long Beach. Last year we had a really great race, showed plenty of speed. We started toward the back and ended up finishing seventh so it’s a track I personally feel I’ve had good history at. I was on pole there in Indy Lights but unfortunately, we had an incident in Turn 1 which took me out of the race. Long beach is just a track I look at with incredible optimism for just how I can perform. I know the team might not have had the result that they could have had last year but I know the cars are quick. At this point I’m just excited to be back in the 45 Hy-Vee Honda in Long Beach.
“Long Beach in general is a really tricky circuit. There are so many corners where you are rolling a lot of speed through there, trying to get a nice balance of the rear just rotating enough without adding any additional understeer. There is obviously such a long straight so you want to try and run the car as trim as possible but there are a lot of corners there that are really quite challenging so trying to find that perfect balance of mechanical balance and aero balance is obviously going to be difficult but I’m really excited about the direction we are headed as a team. I know the first two races haven’t gone how we would have all hoped they might have. That being said, I think there is a lot of optimism in the team right now. I think we are doing a lot of really good things, we just need to put together a complete weekend. The best thing that has happened to me since Texas is that I got medically cleared to drive but I think the way we’ve been approaching it is if we’re medical cleared to drive, we’re cleared to try and go win so that’s going to be our goal.”

Lundgaard is continuing his IndyCar learning curve and says:

Alternate tires are something fairly new for me. Obviously in my prior categories, like Formula 2, we had what we call options and prime tires which can be different from round to round so I have some experience with the softer and harder compounds but obviously at the Indy GP last year I struggled the most with understanding how much you could push the tire because what I’m used to previously is tire saving the whole race. I learned more about that in St. Pete and am looking forward for Long Beach. It’s going to be something new again. I have more experience, I have more knowledge and have been working hard with the engineers and whole team in general to prepare. Let’s see how it goes. Let’s show it on track.”