Ricciardo Hitting Pause On F1 In 2023 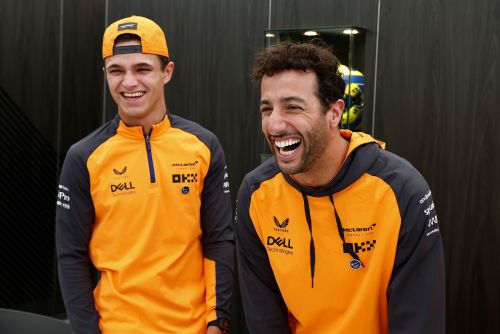 McLaren Racing Formula One driver Daniel Ricciardo has acknowledged that he will not be on the Formula One grid in 2023 despite working hard to make that a reality.

The Australian, who had a year to run on his McLaren contract was informed by the team earlier this season that he was being released early and was replaced by fellow Australian Oscar Piastri.

Speaking in Japan ahead of Sunday’s race, Ricciardo said that he was aware of the Alpine F1 Team’s interest in Pierre Gasly who the team confirmed on Friday will replace the Aston Martin bound Fernando Alonso.

Ricciardo, who had been in talks with Mercedes over a reserve driver role said that his focus remains on staying connected to Formula One amid rumors of a potential move to NASCAR or the NTT IndyCar Series for 2023.