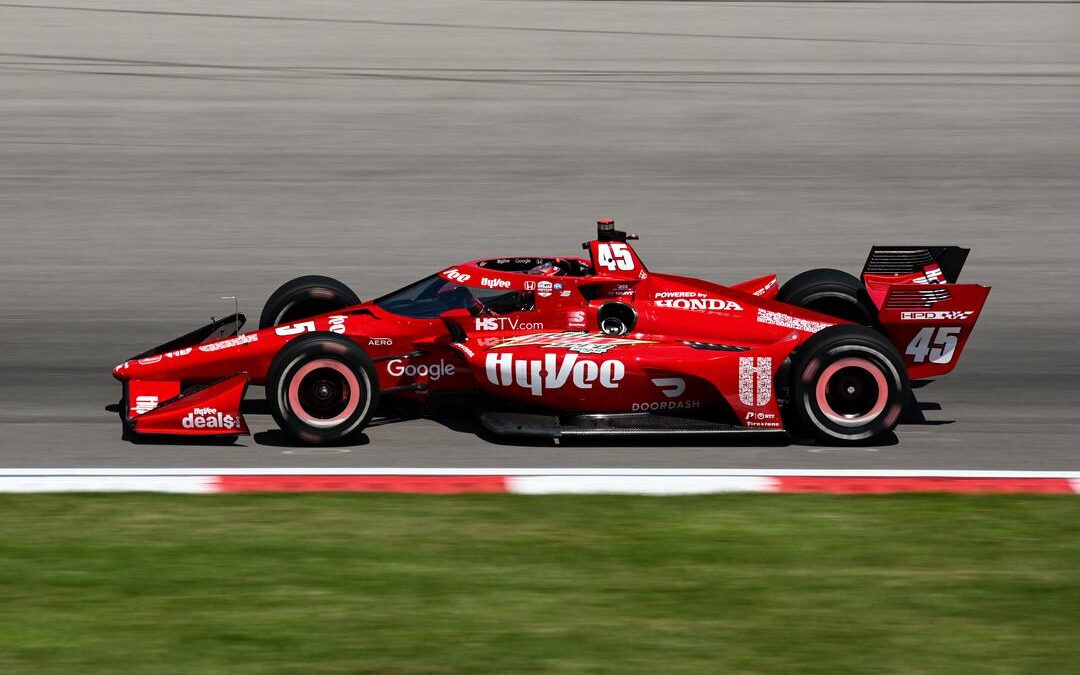 Rahal Letterman Lanigan Racing’s Graham Rahal, Jack Harvey, and Christian Lundgaard are all looking forward to this weekend’s Portland Grand Prix, the penultimate round of the 2022 NTT IndyCar Series season.

RLL as a team has two wins and three podiums here with Bryan Herta taking pole here in 1998 while Max Pappis took pole and the win here in 2001. Takuma Sato won for the team here in 2018.

Looking ahead to the race this weekend, Rahal commented saying:

I’ve had a good racing history in Portland overall. I picked up a win in Star Mazda and was also very fast in Formula Atlantic and got a pole in Portland. But last year I thought we had a good chance to win that race. A yellow flag condition really made our life tough and put us in a bind to where we had to cycle through to the back of the pack basically and finish tenth. It was pretty frustrating but that’s life. This year, we’ve got to figure out how to qualify well like we did last year, run up front and keep the tire degradation to a minimum, which I think a lot of people struggled with last year and we’ll see how it all plays out from there. We’ve been okay this year on the road courses. There was a mighty struggle at Mid-Ohio and some other places, but I feel like we’ve turned the corner a little bit. The test at Laguna Seca is critical to our performance and hopefully we can put ourselves in a better position.
“This race is always a little bit of a crap shoot. You never know what you’re going to get. In Turn 1, obviously I’ve been the spear a few times and have been hit other times so the start has always been interesting. It’s a challenging place. We’re just going to focus on trying to replicate what we did last year and just have a little better luck and hopefully get the Quartz Motor Oil machine up front.

Lundgaard is optimistic that the final two races of the season being on road courses will enable him to finish his rookie campaign on a high. He started sixth in that race and then went on to finish second before earning his top career qualifying effort of third on the streets of Nashville.

The Rookie of the Year battle has tightened to an 11 point lead after the previous race, so Lundgaard is looking forward to having the final two rounds held on the type of track he knows best.

“I’m looking forward to going back to a road course. We had our first podium at Indianapolis Motor Speedway at the last road course race. Obviously, we’ve been to Nashville and to St. Louis after that, which wasn’t a very good weekend for us. We know the car works better on the road courses and street circuits than it does on the ovals, and we need to make the most of it in the last two rounds. Malukas caught up to us in the point standings quite a bit in St. Louis with his podium and us having a tough weekend so we need to make the most of it in Portland. I don’t have much knowledge of the track, having not done any sort of sim work for it but I’m sure we will be fine. I’m looking forward to it.”

This will be Harvey’s fourth INDYCAR race at PIR. In three events, his best start is fourth place in 2019 and his best finish is fourth last year after he led two times for a total of five laps. It’s a track he feels he has unfinished business at.

”I’ve always really enjoyed going to Portland. I think it’s a cool city and have always had a good time there and had really good speed there. The first race I did in 2018, we qualified okay and the race was playing out pretty well but the yellow really hurt us. The year after, we qualified really well in fourth, had a great start and got into third and actually then just got hit by RHR and that took us out of what I thought was at least a podium opportunity that day. I’ve always felt I’ve had a little bit of unfinished history at Portland. Last year we were really quick in practice, warm-up and the race and then finished fourth. In all fairness, Portland is a track that we can be, as a team and driver, very optimistic about what we might be able to achieve there this weekend. I’m excited to be back.
“It’s a really challenging track. I think one of the things that makes it so tough it that qualifying is going to be incredibly close. There is a nice balance of some really high speed sections and slow, technical sections. My favorite corners are the last two. I feel like there is high risk there but obviously a lot of reward so those are some of the areas we will focus on. There’s nothing really to play for in the championship so we can just go out there with maximum attack to score as many points as we can and end the season in a positive way and go get the off season started with some momentum. There are two good races with Portland and Laguna Seca left so we are focused on ending the season in the right way and getting the next season started in the right way.