Robb Has A Number Of IndyCar Options For 2023 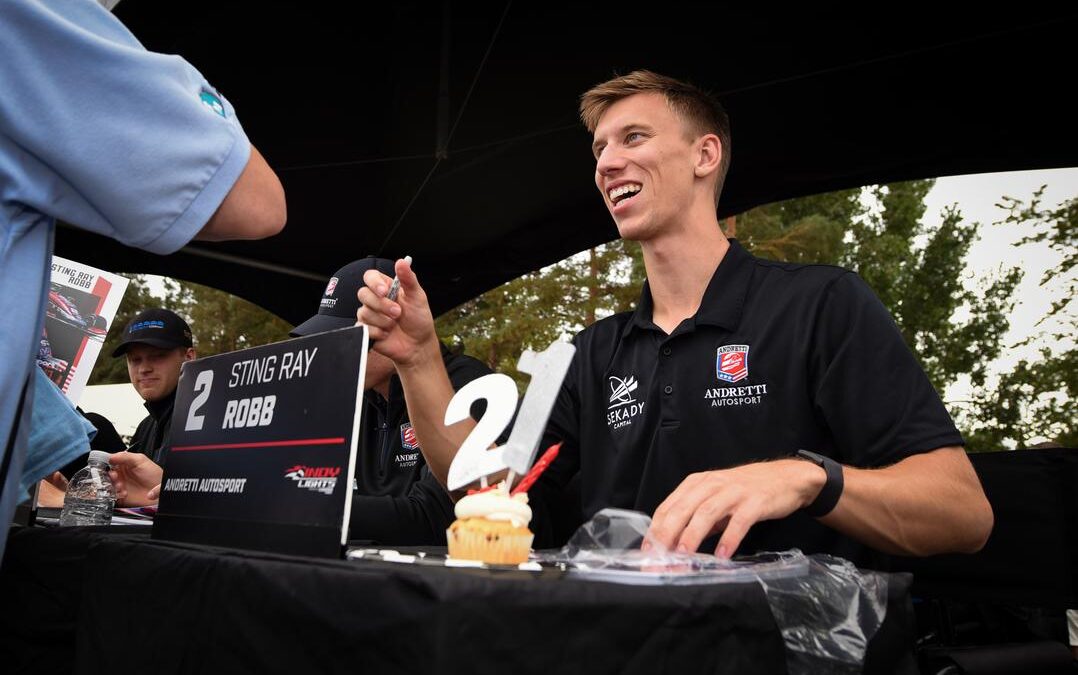 Sting Ray Robb, who was runner up in the 2022 INDY NXT presented by Firestone champion has a number of options open to him in relation to a 2023 NTT IndyCar Series race seat.

Paddock Eye understands that Robb who drove for Andretti Autosport in the newly named Indy NXT championship in 2022 has held talks with a number of IndyCar teams.

The most likely option for the Idaho native is a return to Juncos Hollinger Racing who he drove for in the INDY Pro 2000 from 2019 to 2020 before graduating to Indy Lights with the team in 2021.

Robb moved to Andretti Autosport in 2022 and scored victory in race one of the season-ending event at WeatherTech Raceway Laguna Seca.

Juncos Hollinger Racing has confirmed that they will run a second car full-time in 2023 with Robb in the running to join Callum Ilott at the team.

Robb’s name has also been mentioned as a possible replacement for Takuma Sato Sato in the No.51 Nurtec Honda at Dale Coybe Racing with RWR as there has been a suggestion that Sato, a two time winner of the Indianapolis 500 may do an Indy-only programme in a third DCR car alongside a Sports car programme.

Whatever the future holds for Robb, it is going to be interesting to see where the talented driver ends up once the musical chairs music stops.