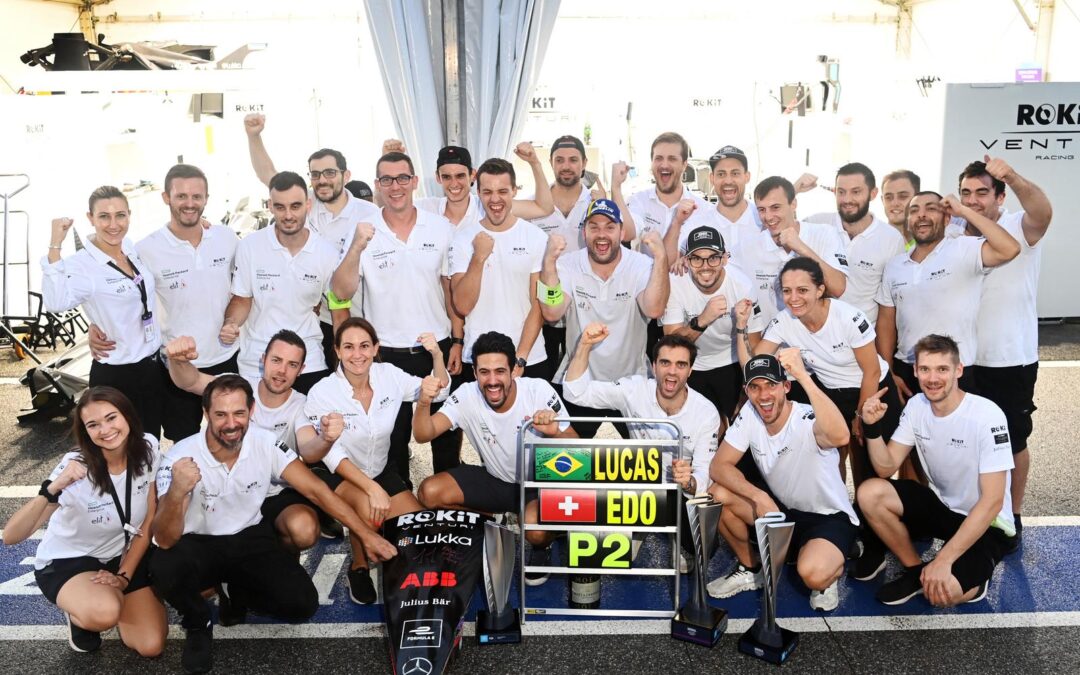 The ROKiT Venturi Racing ABB FIA Formula E team had their best season to date during season eight of the all-electric racing world championship after the team finished second in team’s championship on 295 points, just 24 behind champions Mercedes thanks to five victories and ten podiums in 16 races and speaking following the conclusion of the season in Seoul, Team Principal of the ROKiT Venturi Racing team, Jerome D’Ambrosio commented saying:

“A victory for Edo today is a fantastic way to end the season. I think this result reflects the performance we have shown throughout the year but at the same time, there is a bittersweet feeling because it feels like we could have had more in the World Teams’ Championship. We fought until the very end. Reflecting on our progression and evolution as a team over the past two years makes me very proud. I’m proud of every team member, of what we’ve achieved together and the trajectory that the team is on. I want to thank everyone for their contribution this season because without our people performing at the level at which they operate in their respective fields and roles, there would have been no way for us to reach this level. I’m humbled by their greatness.”

Edoardo Mortara who took victory in race 2 in Seoul on Sunday commented following the race saying:

“I have mixed emotions but overall, it was a very positive day for me. The car felt strong from practice and after qualifying second, I knew that I would be in a very strong position for the race if I could take the lead. I was able to get past Antonio [Felix da Costa] quite early and in the clean air we seemed to be very quick. I was able to manage the tyres and battery temperatures very well and the team gave me a very strong car. Winning the final race of Gen2, and Formula E’s 100th race, is very special but after a few difficult weekends recently it was also a relief. The win will give me a boost, this season we showed that we can win races, but we still have a lot to learn, and I’m confident that the best is yet to come.”

Lucas Di Grassi who moves to Mahindra Racing next season finished third in race one on Saturday and speaking following the conclusion of the second race, he commented saying:

“Today I had a difficult race. Starting sixth I got hit twice at the start by [Max] Günther and that caused a puncture on my front-right tyre. I had to pit because of this, rejoined in 14th and managed to overtake a few cars to finish 11th which realistically, was the best we could do in the circumstances. Despite this, the team finished second in the World Championship, which is super deserved and I’m really proud to have finished fifth in the Drivers’ Championship. After joining ROKiT Venturi Racing at the start of the season and seeing just how hard these guys work, they deserve every single moment of this. I can’t be more proud to be a part of this story. We’re going to celebrate tonight and then have the good rest that we deserve.”

Finishing with a victory. P1 for @edomortara today, P3 for @LucasdiGrassi yesterday. The @FIAFormulaE World Championships were just out of reach but P2 in the Teams' Championship, P3 in the Drivers', 5 wins overall – we can be proud 💫 #MadeInMonaco pic.twitter.com/wftrGfxAoG

For season nine, the ROKiT Venturi Racing team will enter a new chapter with Maserati.