The NTT IndyCar Series rookie class of 2022 really shone through on a beautifully sunny race day for the season-opening Firestone Grand Prix presented by RP Funding on the streets of St Petersburg last weekend. Juncos Hollinger Racing’s Callum Ilott did a great job in the No.77 Chevrolet running upfront for a time over the course of the 100 lap race and went from Florida to Texas Motor Speedway where he promptly completed his oval orientation programme ahead of the XPEL 375 which takes place on March 20.

Kirkwood’s team-mate, Tatiana Calderon completed her first NTT IndyCar Series race distance in the No.11 ROKiT Chevrolet in what she said was a very physically demanding race given that she never competed in a car without power steering. Rahal Letterman Lanigan Racing’s Christian Lundgaard was the star of the race in the No.30 Shield Cleansers Honda as he came from 15th on the grid to finish the race just outside the top ten in eleventh.

Andretti Steinbrenner Autosport’s Devlin DeFrancesco in the No.29 PowerTap Honda ended the race in 22nd place having started his first IndyCar race from 18th place. Dale Coyne Racing’s David Malukas was forced to retire from the race following contact and was classified in 26th place. 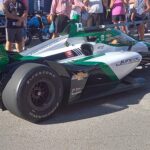 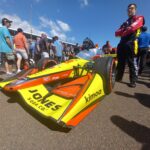 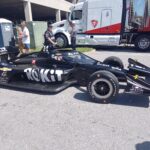 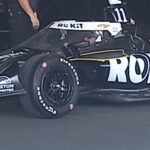