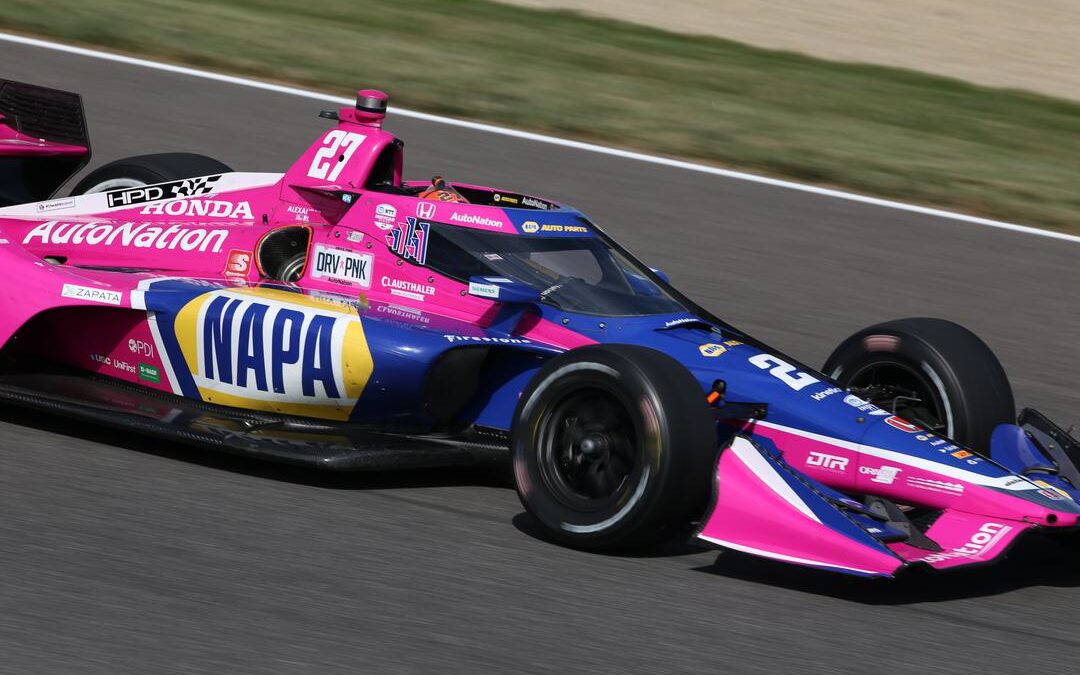 Rossi who started the race alongside pole-sitter Felix Rosenqvist ran up front all day to take a well deserved victory.

It was a sensational day for Christian Lundgaard in the No.30 Shield Cleansers RLL Honda in the week that the team competed construction of their new race shop in Zionsville, Lundgaard claimed his maiden IndyCar podium at the track where he made his debut last year.

Team Penske’s Will Power in the No.12 Verizon 5G Chevrolet retook the lead of the championship with third place just ahead of his teammates Scott McLaughlin in the No.3 Gallagher Chevrolet and Josef Newgarden in the No.2 PPG Chevrolet.

Rinus VeeKay was sixth in the No.21 Bitnile Racing ECR Chevrolet just ahead of Graham Rahal un the No.15 One Cure Honda.

It was a solid day for Scott Dixon in the No.9 PNC Bank Chip Ganassi Racing Honda as the Iceman came from 20th on the grid to finish in eighth place to remain in the race for the championship.

Dixon is in fourth place just 38 points behind Will Power with four races remaining.

Pole-sitter Felix Rosenqvist was ninth while Alex Palou rounded out the top ten in the No.10 American Legion Chip Ganassi Racing Honda.

Marcus Ericsson in the No.8 Huski Chocolate Honda who went into the race as the championship leader came from the back of the gridcto finish the race in P11 just ahead of Arrow McLaren SP’s Pato O’Ward in the No.5 Arrow McLaren SP Chevrolet while David Malukas was 13th.

Callum Ilott had another strong race for Juncos Hollinger Racing coming home in 14th just ahead of  his team-mate Takuma Sato as the pair ran close together on track for the second race in a row.

Romain Grosjean was 16th just ahead of Conor Daly who was left frustrated with the driving standards of Devlin DeFrancesco while Helio Castroneves was 19th just ahead of Jack Harvey in the No.45 Hy-Vee Rahal Letterman Lanigan Racing Honda.

Dalton Kellett was 21st for AJ Foyt Racing while Jimmie Johnson looked to be on for a great race following his top ten in Iowa last week before contact from Scott McLaughlin put him down the order.

Kyle Kirkwood, Colton Herta and Simon Pagenaud all retired from the race.