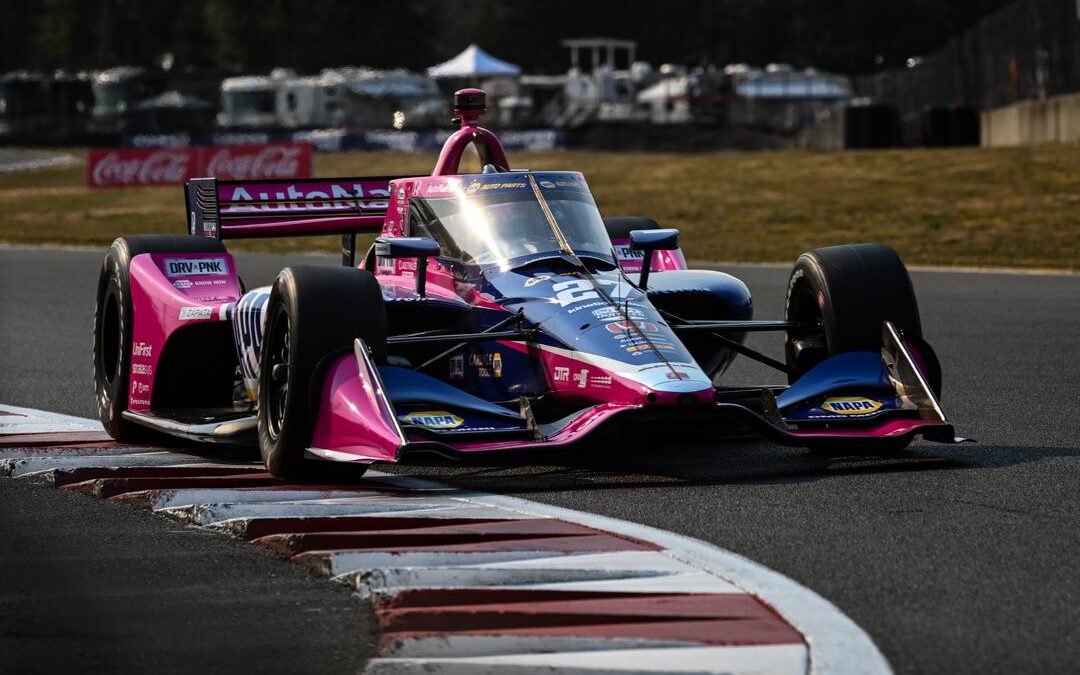 Defending race winner Alex Palou in the No.10 Ridgeline Lubricants Honda was third fastest with a time of 00:59.2196s just ahead of Josef Newgarden and six-time series champion Scott Dixon in the No.9 PNC Bank Chip Ganassi Racing Honda.

Championship leader Will Power was sixth fastest in the No.12 Verizon 5G Team Penske Chevrolet just ahead of Pato O’Ward who set a time of 00:59.4285s.

Marcus Ericsson in the No.8 PNC Bank Honda was 19th just ahead of Devlin DeFrancesco and Simon Pagenaud while Helio Castroneves was 22nd just ahead of Conor Daly and Jimmie Johnson. Dalton Kellett rounded out the order in 25th place.