Rossi Fastest On Day One In Road America 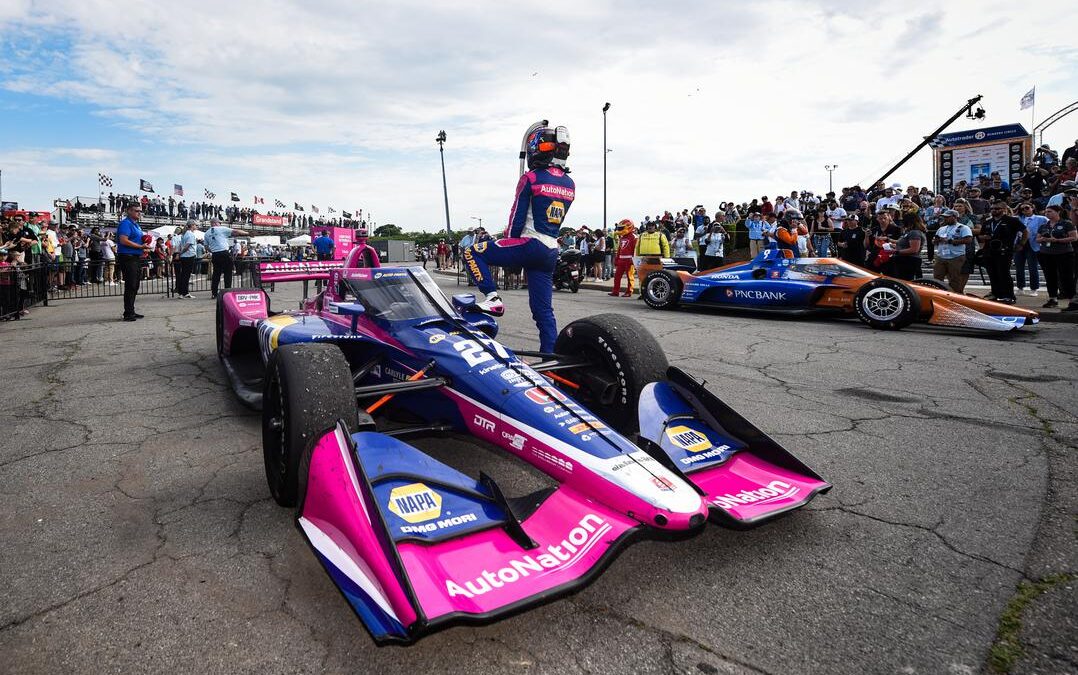 Andretti Autosport’s Alexander Rossi in the No.27 NAPA Auto Parts AutoNation Honda led a team 1-2 in the opening practice session at Road America on Friday as he led Colton Herta in the No.26 Gainbridge Honda setting a fastest time of 01:45.6027s.

Six-time series champion and winner in race 1 here last season, Scott Dixon was seventh fastest with a time of 01:46.0494s just ahead of Josef Newgarden.

Devlin DeFrancesco was 11th for Andretti Autosport just ahead of Felix Rosenqvist and Christian Lundgaard. Romain Grosjean was 14th just ahead of Callum Ilott who set a time of 01:46.7679s. Jack Harvey was 16th for Rahal Letterman Lanigan Racing just ahead of Conor Daly and Takuma Sato while Graham Rahal was P18.

David Malukas was 20th just ahead of Kyle Kirkwood and Rinus VeeKay while Jimmie Johnson was 23rd fastest in the No.48 Carvana Honda for Chip Ganassi Racing.

Dalton Kellett was 24th just ahead of Helio Castroneves who brought out a red flag. Tatiana Calderon and the returning Simona De Silvestro rounded out the order.