Sato Fastest On Day One Of Indianapolis Practice 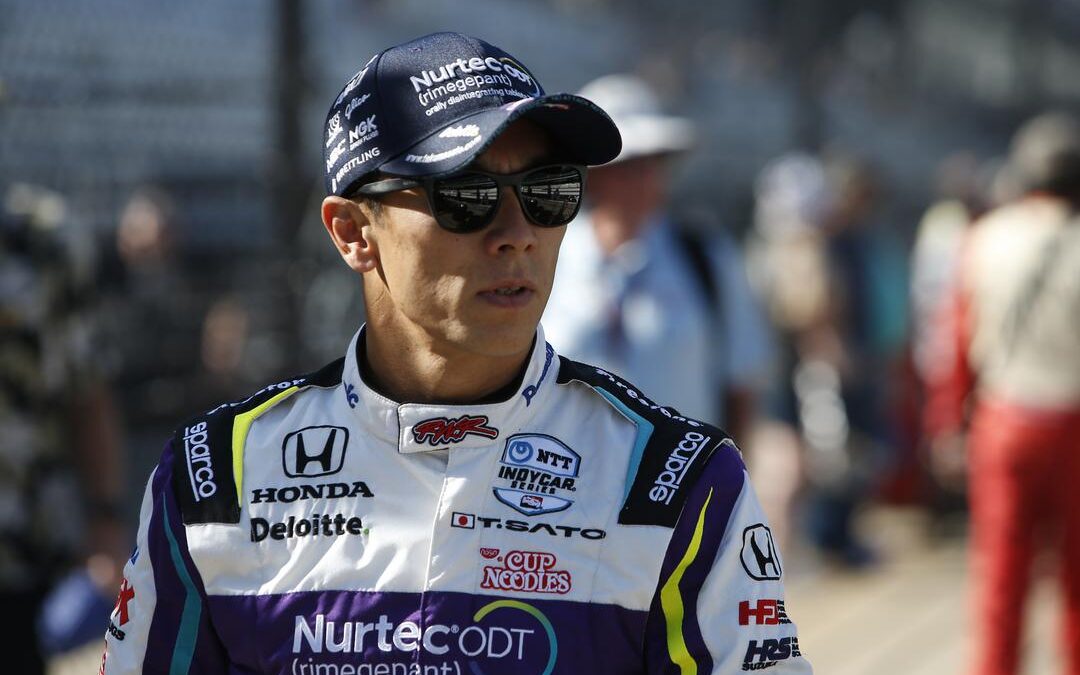 Dale Coyne Racing with RWR’s Takuma Sato in the No.51 Nurtec ODT Honda was the pace-setter on the opening day of practice for the 106th running of the Indianapolis 5500 presented by Gainbridge which takes place next Sunday.  Speaking following the action, Sato said:

We had a big tow. “In Happy Hour, if you have new tires, I think you can do that. I’m pretty happy today. “To be honest, this morning wasn’t as smooth as we wished. We had to go back to the garage and check up on lots of things because there was something we were not very happy with. But in the end, in the afternoon we quickly turned on good speed. I’m very happy with the 51 car. Dale Coyne Racing did a good job.”

Chip Ganassi Racing’s Jimmie Johnson in the No.48 Carvana Honda had a great day as he ended the session in third place with of 227.722MPH while Marcus Ericsson was fourth fastest with a speed of 227.094MPH in the Huski Chocolate Honda.

Rinus VeeKay was fifth fastest for Ed Carpenter Racing with a speed of 226.995MPH just ahead of defending series champion Alex Palou in the No.10 NTT DATA Honda for Chip Ganassi Racing who set a speed of 226.973MPH.

“I think it was a super satisfying day today. “I feel very comfortable in the car. We got some good ones in at the end, managed to get in full stints already on day one. I’m overall really happy with the car. We obviously still have some more tuning to do for race day, but it’s an extremely good first day, so I’m excited. We obviously have some weather coming this week, so this work today was very important going forward. I’m super excited and the team’s doing great.  Magnificent vibe here, and we’ll see what we can do in the next few days.

Dalton Kellett had a great day as he ended the day in 13th place just ahead of JR Hildebrand with a speed of 225.836MPH. Hildebrand set a fastest speed of 225.813MPH while Felix Rosenqvist was 15th and speaking following the action he said:

“We just finished our first practice day at the Indianapolis Motor Speedway. In the morning, we just kind of cruised around and checked the car. In the afternoon, we started on a base line and then I think we got a bit lost, so we went back to the baseline. We then went in a new direction, which felt really good. Every time you learn something that doesn’t work its actually good data collection and then we went in a really good direction in the end, so we ended the day in a happy place.”

Will Power was 16th for Team Penske with a speed of 225.432MPH ending up just ahead of Graham Rahal in the No.15 United Rentals RLL Honda and speaking following the action he said:

Opening Day has come to a close here at the Speedway. It was a pretty solid day I think for us. We tried to get through a bunch of aerodynamic testing which I think we did. The last hour of the day, we tried two different setups in race running just to see what we’ve got. We need to find more for sure, we need to find more speed, we need pure speed. I’m getting a lot of understeer in traffic. I know some of the guys look better than us right now, but we’ll keep working on it. Tomorrow we will see what the conditions give us, but I think towards the end of the week we will be just fine. We know what to do. I think it was one of our best opening days as a team to just precisely get through all of the items that we wanted to. So now we can turn our attention to trying to improve the race cars and go a little quicker.

Today was a good start to the week. “We focused on eliminating the issues that we had during the test. We had a little accident during the test, so we wanted to make sure that all of the new pieces were working just fine, which they were. And then we went on to our normal program – running in a pack and in traffic, we tried a bunch of things today. We just keep checking all of the boxes so that we can keep moving forward tomorrow.

Callum Ilott was 19th just ahead of Jack Harvey and speaking following the action, Harvey said:

Day one done on the oval at IMS. It’s kind of hard to say how today went honestly. These days can be really hard to follow. What’s going to be so important tonight is getting with Christian and Graham and seeing what they liked and what they didn’t like, etc., etc. I think for me, we just need to start every day better than we finished. That means a lot of work tonight for the guys, but I think the #45 Hy-Vee Honda has some potential. We just have to extract a little more from it.

Kyle Kirkwood was 21st with a speed of 224.705MPH just ahead of Scott McLaughlin, Sage Karam and Pato O’Ward and speaking following the action, O’Ward said:

A long day for us. We made quite a lot changes, some worked, some didn’t, but that’s what practice is all about. We’re working to find ways of improving our car in the areas where we’ve had issues in the past, but it felt like home when we went back out there today. It’s been a great benchmark and starting point to try and make the car faster.

“Today we worked a lot on pace in traffic, we’ll start worrying about speed later in the week before qualifying. Right now, we’re focused on trying to make the race pace as good as possible. The track temp was quite high today, which it usually is on race day, so I think today’s running was a really good representation of what we can expect next week.

Christian Lundgaard was 25th just ahead of Colton Herta who commented saying:

“A good first day at the speedway. It’s always good to be back and running around IMS. It’s awesome to be back in the month of May. We’re trying to ride some momentum that we got off of last weekend’s win and have a good week here going into qualifying.”

Alexander Rossi was 27th with a speed of 224.216MPH and speaking following the action he said:

“It’s awesome to be back here on the oval for Opening Day. It’s going to be a difficult week with moderate temperatures today, potentially rain tomorrow, a cold day Thursday, a hot day Friday and maybe rain Saturday. It’s a moving target to try and make sure the car balance stays in the window throughout those different conditions. It was a good start for the whole team and we’re excited to see what tomorrow brings.”

Ed Carpenter Racing’s Conor Daly and Ed Carpenter were 28th and 29th respectively just ahead of Juan Pablo Montoya and speaking following the action he said:

Day one of the Indianapolis 500 went better than last year but not as good as I want it. It’s difficult conditions, its windy, its really hot, so we were just going through a lot of test items. We tried out a lot of things and we didn’t quite find as many things that worked as we did in the open test. You need to stay cool and collected and understand what you need to do. We still have a lot of practice to go. Hopefully the weather cooperates tomorrow.

“Overall it’s okay. I never really focus on putting up a big number or lap time, like everyone who put on new tires and tried to get big numbers in the tow. I dont really focus on that at all so it’s hard to know where you really stack up with everybody.” 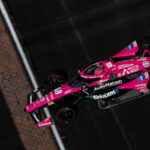 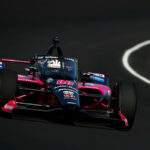 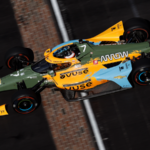 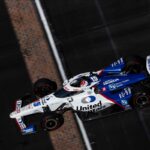