Sato Leads The Way On Thursday At The Indianapolis Motor Speedway 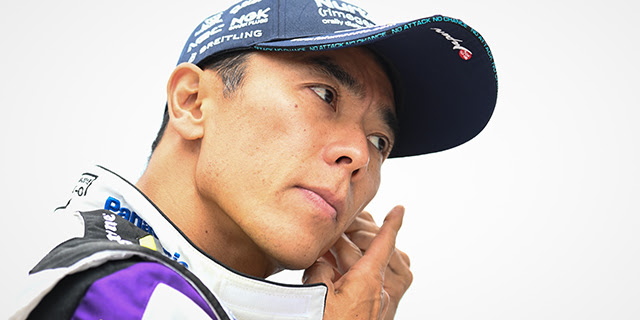 Dale Coyne Racing with RWR’s Takuma Sato in the No.51 Nurtec ODT Honda set the fastest time of the day at the Indianapolis Motor Speedway on Thursday. The two-time Indianapolis 500 edged out Scott Dixon of Chip Ganassi Racing Honda after he set a speed of 227.519MPH.

We’re working on it. “The car’s not entirely happy in a big pack. Still there’s work to be done. The boys are doing such a meticulous job, with great engineering. I’m happy with the progress, step by step, and here we are. Hopefully we have more to come.

Dixon, who led the way for most of the day showed that Chip Ganassi Racing has come out with a strong package for the month of May with the Iceman having the fastest speed of 227.335MPH.

Dale Coyne with HMD Motorsports David Malukas set the third fastest time of the day with a speed of 226.869MPH ending the day just ahead of AJ Foyt Racing’s JR Hildebrand who set a fastest speed of 226.846MPH.

Pato O’Ward was sixth fastest with a speed of 226.048MPH and speaking following the action he commented saying:

“A really solid day for us today. We did a lot of race running and gathered a lot of data. Tomorrow is going to consist of all qualifying running on Fast Friday. I’m really happy with the car, so I’m excited to see what speeds we can achieve tomorrow and during qualifying. Once we’ve got qualifying done, we’ll be back to working on the race car to see if we can make it go even better before next Sunday’s race.”

“A pretty solid day for Arrow McLaren SP, we learned a lot. It was a bit up and down with how the car felt, on one run we were superstars, then the next we were scratching our heads a bit. This place is always tricky, so we just have to be calm, look at what we’ve learned as a team across the three cars, and nail it for race day.”

Tomorrow is Fast Friday, we are going to have a windy day tomorrow so it’s good to get the job done today. We improved up the ranks which is good, we seem to sort of be in the midfield both with a tow and without a tow. We have some work to do but we’re definitely going the right direction which is positive. Honestly it was a good day, we had some traffic running in the afternoon at the end of the day. We did some hot stops and are feeling good; the guys are on it. Let’s be on it on race day.

Jack Harvey in the No.45 Hy-Vee Honda was 14th with a speed of 225.077MPH and speaking following the action he commented saying:

Marco Andretti was 15th for Andretti Autosport just ahead of his teammate Colton Herta and Team Penske’s Scott McLaughlin.

Today was much better. Obviously the lap speed doesn’t represent how we necessarily feel about the day, because we feel good. We tried to draft, but the speed wasn’t there. The AutoNation / SiriusXM Honda seems to be moving in the right direction, and I feel a lot of confidence in the car right now.

Romain Grosjean was 23rd just ahead of Callum Ilott and Arrow McLaren SP’s Juan Pablo Montoya who set a fastest speed of 224.018MPH and speaking following the action he commented saying:

“That was good! We tried a lot of things today. We made a lot of improvements in the car but there’s still a little way to go to be really good. I would definitely say it’s been a positive day. Tuesday was a bit more difficult as we thought we’d be stronger after the test, so we were a little bit disappointed, but now I feel like we have a decent race car. Now, we’ll focus on qualifying as we head into the weekend and see what it brings. The forecast doesn’t look great for Saturday, and it’s going to be windy, so that could make it difficult.”

My race car is phenominal but my qual car needs a little more work. It looks like we are struggling for speed, I think, in qual trim. But we are going to try tonight to figure some stuff out, but in race trim at the end of the day there we felt really good. Yes, I could use a little reduction of understeer like everybody. But finally when I got to the front I could lead, and when I was second I could go smoking on by the leader. I think if you’re fourth, fifth, sixth, 20th in line your life is going to be tough no matter what, but you need to be able to pass when the opportunity is there and we were able to do that on the last run. Running on used tires when I think a lot of guys are running stickers here at the end of the day. All in all pretty pleased, keep putting our heads down and have a good Fast Friday tomorrow, hopefully a good weekend ahead.”

Andretti Autosport’s Alexander Rossi was 28th just ahead of Chip Ganassi Racing’s Tony Kanaan and Sage Karam while Josef Newgarden was 31st just ahead of Devlin DeFrancesco and Stefan Wilson who completed the order for Cusick Motorsports.

A total of 3,114 laps were completed on Thursday and now the drivers will switch their focus to Fast Friday where they get an extra boost as they prepare for the final day of practice action ahead of this Armed Forces Qualifying weekend.